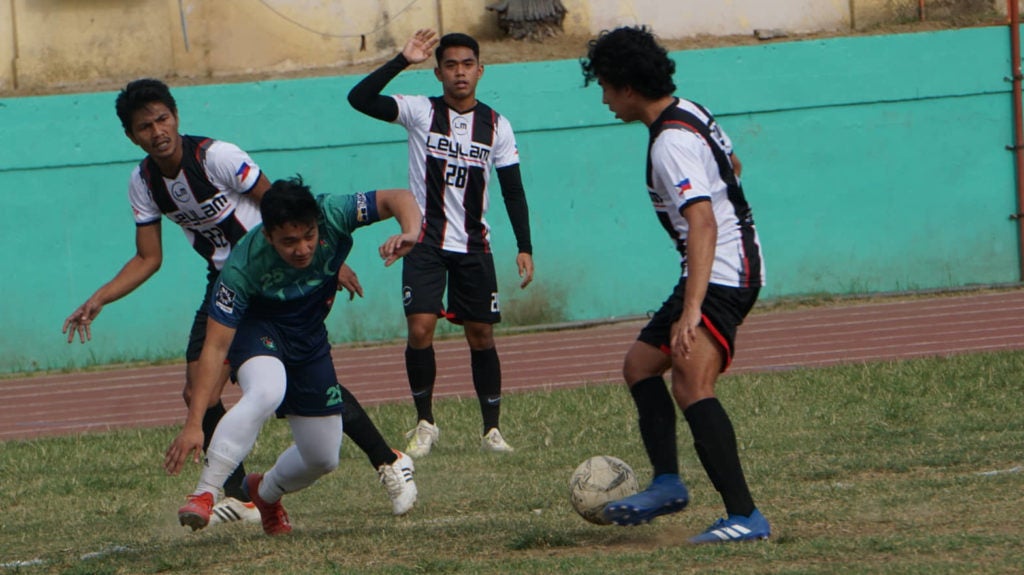 A Leylam FC player tries to dribble the ball past a USC defender during the February 2 opening game of the Aboitiz Football Cup on February 2, 2020. | Gerard Francisco

Leylam is a three-time men’s open champion of the Aboitiz Football Cup and is chasing its fourth title and second back-to-back.

Its attempt at a grand slam was denied by USC, who booted them out in the semifinals of the 19th edition of what is considered as the longest and biggest running football tournament outside of Manila. USC then finished as the runner-up of champion team ERCO FC.

This time, however, organizing Central Visayas Football Association (CVFA) has modified the men’s open by dividing participating teams into two divisions—I and II.

Chad Songalia, tournament director and CVFA board member, said that they had decided to install two divisions in the men’s open category to elevate the tournament’s level of competition.

Another reason is that the category gathers the most number of teams.

Contesting for the title and the top two spots in Division II are ERCO DB, Makoto FC B, Cebu Avengers, DB Magone, DB Alumni, and CKFC./dbs

Read Next
Why writing is the best quick fix nowadays