China virus: How heavy the blow on PH economy 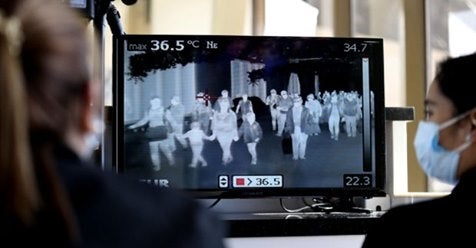 A prolonged crisis over the novel coronavirus (2019-nCoV) would likely cut up to P133 billion from the country’s P19-trillion economy, the country’s chief economist said on Friday with the property sector already feeling the effects of the global contagion as well as the recent eruption of Taal Volcano.

Overall, the contagion has already hit global travel and tourism—worth $8 trillion or 10 percent of global gross domestic product (GDP)—and the Philippines will likely be affected because tourism accounts for about P450 billion, or around 5 percent, of the country’s GDP, according to Socioeconomic Planning Secretary Ernesto Pernia.

The National Economic and Development Authority (Neda) also said preliminary estimates indicate that the economy might lose from 0.06 percent of GDP, or about P11 billion, up to 0.7 percent, or about P133 billion, if the contagion persists inordinately.

Since China was the Philippines’ second-biggest source of tourists last year, the prevailing travel ban from that country and the forecast 10-percent reduction in visitors from other countries will likely cut economic production by P11 billion within a single month.

If the contagion persists until June at its “steady state,” or similar to current conditions, the reduction in GDP will climb to 0.3 percent, Pernia said.

But if the contagion lasts until December, 0.7 percent, or about P133 billion, will be shaved off the Philippine economy.

“If the situation escalates, we can have a different number,” the Neda chief said and he expressed hope that domestic travelers would still continue to visit local destinations and offset the revenue losses from foreign visitors.

Already, the eruption of Taal Volcano last month has resulted in 20 to 40 percent cancellations of bookings in hotels and resorts in and around the Tagaytay City area, property consulting firm Colliers Philippines reported on Friday.

“It all depends on how long this disruption will last. If it will simmer down, then eventually things will eventually go back to normal in a year,” Raymundo said, adding that a big explosion would pose the worst-case scenario like what happened in the 1991 Mt. Pinatubo disaster in Pampanga.

It took 10 years before a major mall developer entered the Pampanga area and 20 years before a large-scale master plan from a national property developer came in, he noted. “But if it simmers down quickly within a year, that’s going to be OK.”

Colliers senior manager Joey Roi Bondoc noted that displaced demand for hotel and meetings, incentives, conferences and exhibitions facilities in Tagaytay would likely shift to Metro Manila through the first semester of 2020.

Colliers reported that overall hotel occupancy in Metro Manila was stable at 71 percent for the second half of 2019 despite the delivery of nearly 1,200 new rooms, but occupancy may fall below 70 percent this 2020 as 3,090 new rooms enter the market in the next 12 months.

“While occupancy is likely to drop due to the [novel] coronavirus, we see occupancy picking up in 2021 and 2022, as arrivals are likely to rebound similar to global trends we have seen a year after a global health scare,” Bondoc said.

“But talking to some of our hotel friends and operators, they are saying that they are seeing cancellations, and the numbers vary from 20 to 40 percent. That’s a lot,” he said, adding this meant that average hotel occupancy rate could even go lower than 60 percent from 70 to 75 percent at present.

Compared to the 2003 Severe Acute Respiratory Syndrome (SARS) episode or the H1N1 virus outbreak in 2008 to 2009 when tourist arrivals from China were still small, Raymundo noted that 25 percent of Philippine tourism today is being driven by the Chinese market.

In the office sector, if Philippine offshore gaming operators (Pogos) cut down their requirement by half, this would push up the office property vacancy rate to 6 to 8 percent. “It might seem that it’s still small because it’s single-digit but you’re talking about 300,000 square meters of office space,” he said.

“The next ripple effect is in residential [space] because whatever [office space] Pogos get, the residential requirement now follows. From our experience with Pogo clients, once they start signing that Pogo [rental] space, they are already looking for 30, 40 or 50 [residential units],” Raymundo said.

With nearly 15,000 new residential units expected in Metro Manila this year, one of the highest levels seen in a single year, Raymundo said any reduction in demand from Pogos may have a spillover effect.

“What we’re hoping is that the virus peters out quickly because if you look at H1N1 or SARS , it had a six-month run,” he said, noting that the flu season usually wanes by June or July.

To date, however, Colliers noted that Pogos were still looking for additional space in Metro Manila, so far unscathed by the coronavirus contagion.

“The assistance will fund the development of recommendations for improved outbreak investigation and surveillance, including in rural areas, and the strengthening of health systems’ resilience and capacity for epidemic response. It will support the supply of diagnostic and laboratory equipment for rapid testing to help combat the outbreak,” the ADB said.

“The ADB has a track record of providing rapid and targeted support to our members in emergency situations. We stand ready to provide further assistance as required,” its new president Masatsugu Asagawa said.

ADB said it was “collaborating closely with World Health Organization officials and other regional experts to identify areas for coordinated responses and possible further financial assistance to respond to the 2019-nCoV situation.”

“Additional technical assistance is under preparation to help other developing member countries improve key economic and health systems, including disease surveillance, provision of medical supplies, outbreak response plans, and regional cooperation. Where needed, support may include the procurement of medicines and medical equipment. Other activities may include economic and health system assessments to improve understanding of the economic impacts and the design of appropriate response measures,” it said.

Your subscription could not be saved. Please try again.
Your subscription has been successful.
Read Next
Naga cops to public: Help us identify murdered man whose face was wrapped in masking tape