Labella hopeful for Garcia’s appointment in MCWD Board 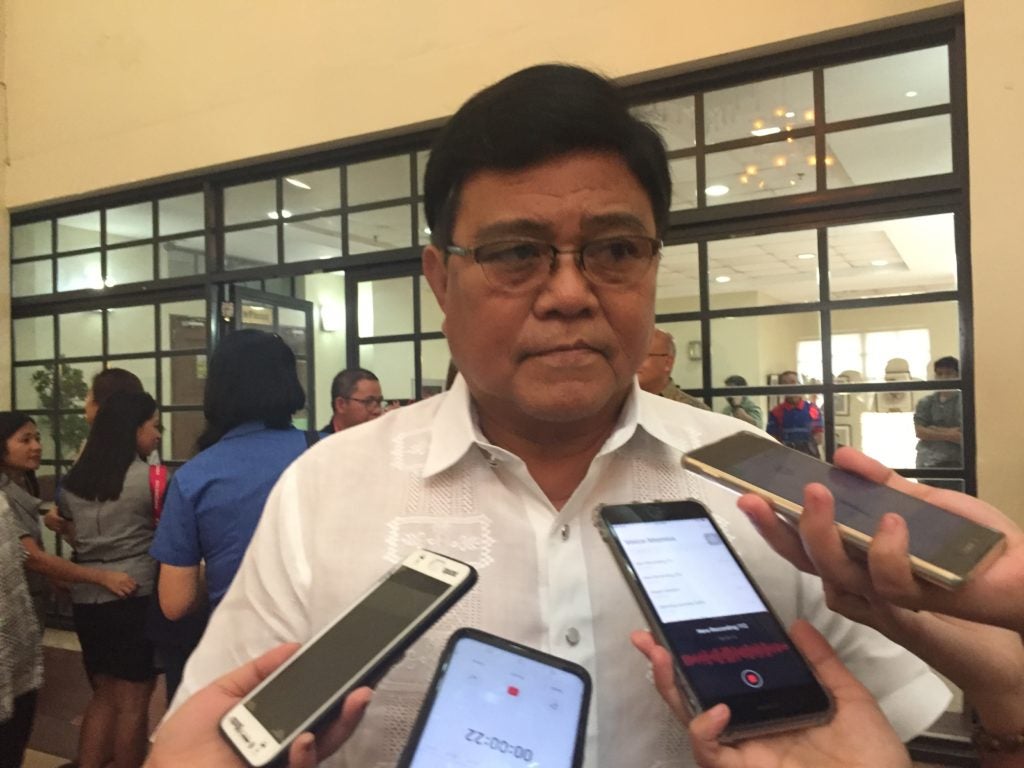 Cebu City Mayor Edgardo Labella is positive that the appointment of former mayor, Alvin Garcia, as a member of the Metropolitan Cebu Water District board will be approved by the Local Water Utilities Administration. | Delta Letigio

CEBU CITY, Philippine — Cebu City Mayor Edgardo Labella is still hopeful that the Local Water Utilities Administration (LWUA) would reconsider their rejection of the appointment of former mayor, Alvin Garcia, as member of the Metropolitan Cebu Water District (MCWD) Board of Directors.

In a January 27, 2020 letter from LWUA Acting Administrator Jeci Lapus, the agency has rejected the appointment of Garcia as a member of the board representing the women’s sector.

In the letter, Lapus said that Garcia was not qualified to represent women’s organizations as this position should be given to a “respectable citizen of the female gender.”

Garcia reportedly filed a motion for reconsideration to LWUA for his appointment as he hoped to continue the remaining term of Procopio Fernandez, one of the terminated board who also represented the women’s sector.

The precedence of Fernandez’s representation of the women’s sector during his term of office in the MCWD board was the basis of Labella for appointing Garcia.

The mayor said he was confident the LWUA would eventually approve Garcia’s appointment especially since Garcia was only set to serve the remaining term of Fernandez, who was set to retire in the next three years.

“It think there is a motion for reconsideration filed by Garcia to LWUA. I am optimistic that it is going to be a reconsideration considering that in the reconsideration, it merely asked for the continuation of unexpired portion of the term of “Coping” Fernandez,” said Labella.

As for the other appointed Board Members of Labella, three of them have already been approved by the LWUA including Lawyer Joey Daluz, who is also the South Road Properties manager, representing the professional sector; Miguelito Paro of the business sector; and Lawyer Francisco Malilong Jr. of the education sector.

The appointment of Lawyer Manolette Dinsay, the former legal counsel of Cebu Provincial Governor Gwendolyn Garcia and representing the civic sector, is still in process as the LWUA sought additional documents for his recommendation. /dbs