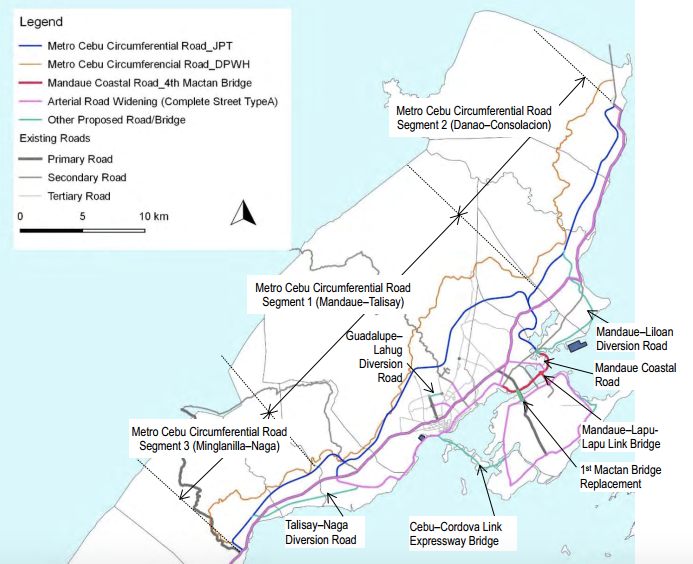 CEBU CITY, Philippines — The Japan International Cooperation Agency (Jica) is planning to conduct a feasibility study for the reconstruction of the 1st bridge that connects mainland Cebu and Mactan Island.

Engineer Nonato Paylado, chief of the Planning and Design Division of the Department of Public Works and Highways in Central Visayas (DPWH -7), revealed this in an interview with Cebu Daily News Digital.

“Jica has expressed intentions to include a FS (feasibility study) for the reconstruction of the 1st bridge during the DED (detailed engineering design) stage of the 4th bridge,” said Paylado.

The feasibility study for such plans will determine more details, said Paylado.

He said among Jica’s intentions for the reconstruction of the 1st Cebu-Mactan bridge, named the Osmeña Bridge, was to increase the structure’s vehicle capacity. He also said the plans for reconstructing the 1st bridge had been stressed in JICA’s previously published master plans on Metro Cebu.

Jica, on their Project on Master Plan Study and Institutional Development on Urban Transport System in Metro Cebu released on March 2019, noted that they observed serious traffic congestions in both the two existing bridges that link Mactan and mainland Metro Cebu.

The 1st Cebu-Mactan Bridge currently has one lane per direction, and designed to accommodate 24,000 passenger car unit (PCU) per day, Jica said.

For the replacement or reconstruction of the 1st Cebu-Mactan bridge, Jica proposed to add two more lanes in each direction. This means the bridge will have a total of six lanes once construction is completed.

They pegged the proposal’s total cost at roughly P13.9 billion, and implementation to start within 2023 – 2026.

Meanwhile, the National Economic and Development Authority Investment Coordination Committee (Neda-ICC) has greenlighted the implementation of the 4th Cebu-Mactan Bridge.

This means that Jica, the lead implementing agency for the project, and the DPWH can proceed with its DED stage which involves refining its previous feasibility study. Results of the DED will then be their basis to begin its civil works.

Jica is the lead implementing agency for the 4th bridge which also includes the construction for the Mandaue Coastal Road. The approximately P6.6-billion project will be funded through a loan agreement from Jica./dbs