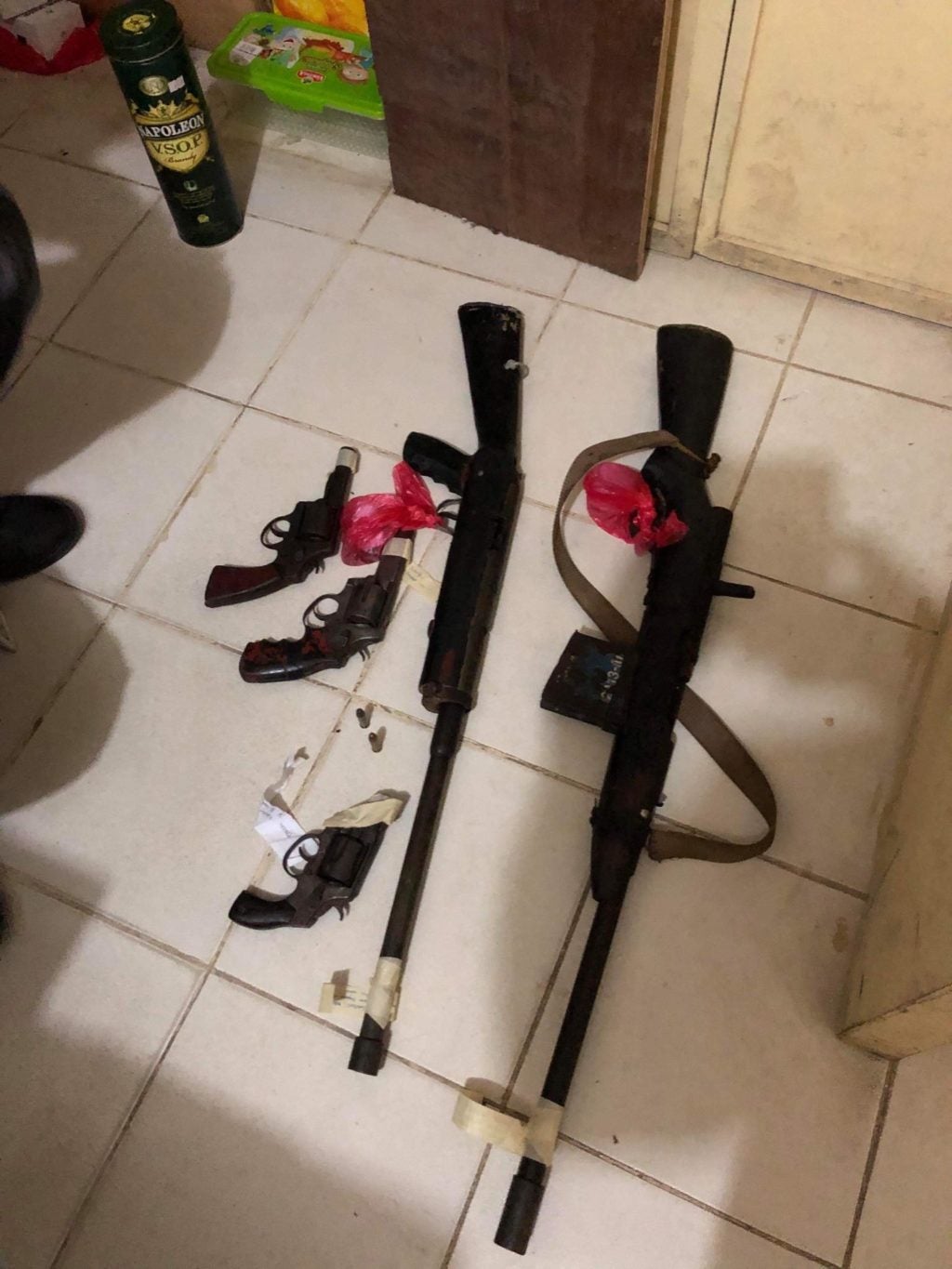 These are the firearms surrendered by members of the Pulahan members in Barangay Kalamtukan, Bayawan City in Negros Oriental. |Photo courtesy of Bayawan Police Station

DUMAGUETE CITY, Negros Oriental — Several firearms and ammunition were surrendered by members of a cult called Pulahan during a police operation at 10 a.m. of February 14, 2020 in the hinterland barangay of Kalamtukan, Bayawan City in Negros Oriental province.

This was the result of the Bayawan Police Office’s Oplan Katok, where the police visited Pulahan members and convinced them to surrender their firearms.

As a result several firearms were surrendered by the Condez family said Enriquez.

Enriquez told CDN Digital in an interview that the surrender of the firearms and ammunition was the result of a series of dialogue and consultations with barangay residents discussing ways on how to end the series of killings involving the Condez family.

(I convinced them and their leader. I told them about the consequences of possessing illegal firearms. We will apply for a search warrant against them. Then they will be arrested and they will end up in jail.)

Police Colonel Julian Entoma, Negros Oriental Provincial Police Office (NOPPO) director, for his part, appealed to the residents to lay down their arms or they would be arrested.

(We observed that there are still those who still did not heed our appeal. They will later be subject to a search warrant. That is my message to the residents of Kalamtukan.)

Entoma also said that a police community precinct (PCP) had already been established early this month in the barangay to maintain peace and order there.

(There has been trouble in the barangay because of the deadly family feud which resulted in a series of revenge killings between members of the family. We granted their appeal for a PCP as long as they would surrender their firearms.)