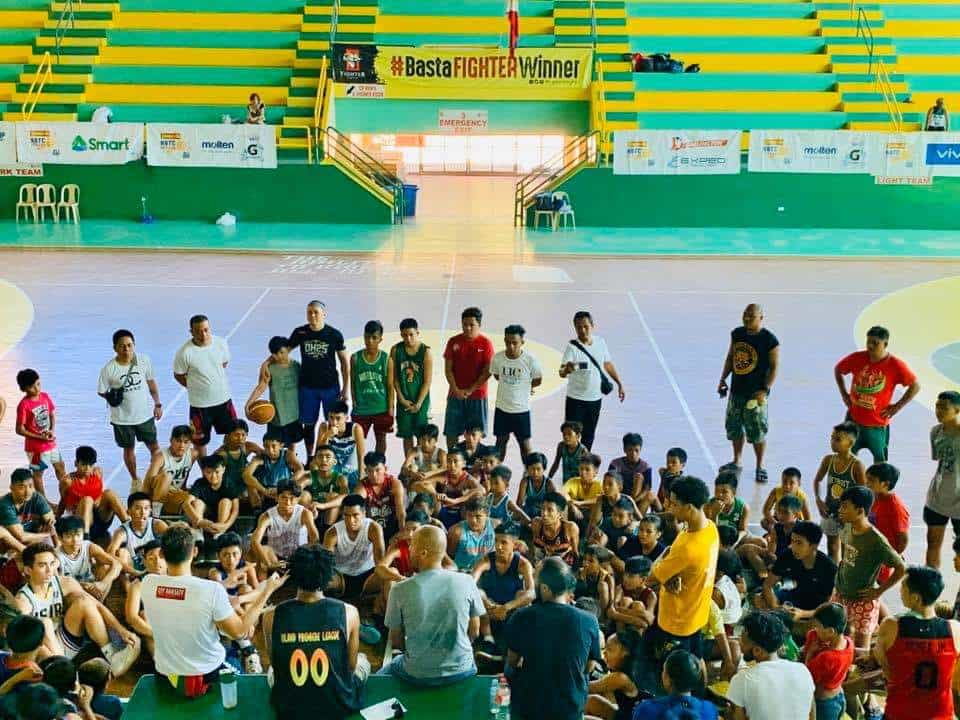 The Rucker Park cagers conduct a training camp with the youngsters of Sawang Calero and Abellana National School (ANS) at the Cebu City Sports Institute. | contributed

CEBU CITY, Philippines—Newly installed University of Cebu (UC) Webmasters head coach Kern Sesante will be using the Uy Masuy Cup to assess the team he will be handling for the upcoming Cesafi season.

Sesante is making a comeback with the Webmasters after Yayoy Alcoseba ended his stint with UC last December even with his contract still expiring on May 12, 2020.

Read: Yayoy Alcoseba still open to coaching: ‘This is my passion’

Sesante said this three-day tournament, which begins Friday, February 14, 2020, will be an avenue for him to assess his team.

He said this is a perfect tournament to gauge his team especially that the top two teams of the Cebu Schools Athletic Foundation Inc. (CESAFI)—Season 19 champions Southwestern University (SWU)-Phinma Cobras and runner-up University of the Visayas (UV) Green Lancers—are among the teams joining.

“This will be sort of a getting to know with the players, a familiarization of their strength and weaknesses as they go up against the top teams of the Cesafi,” said Sesante, whose squad takes on the Island Premier League (IPL) team at the Cebu City Sports Institute gym on Friday night.

IPL will be manned by the Rucker Park Legends of New York.

The 1st Uy Masuy Cup, which will run until February 16, 2020, is spearheaded by Cebu City Councilor and former PBA star Dondon Hontiveros, Marcus Callahan and Simon Green, the athletic trainer of the Rucker Pro Legends.

According to Hontiveros, the Rucker Park cagers came to Cebu because they heard that so many basketball events are held here.

Admission is free for this three-day basketball tournament.

The teams will play in a single round robin format with the team having the most number of wins to take home the title.

The goal of the camp was to let young hoopsters from Cebu have the “Rucker Park Experience.” /bmjo

Read Next
Valentine’s Day cheap dates: Taking sweetie out can be budget-friendly