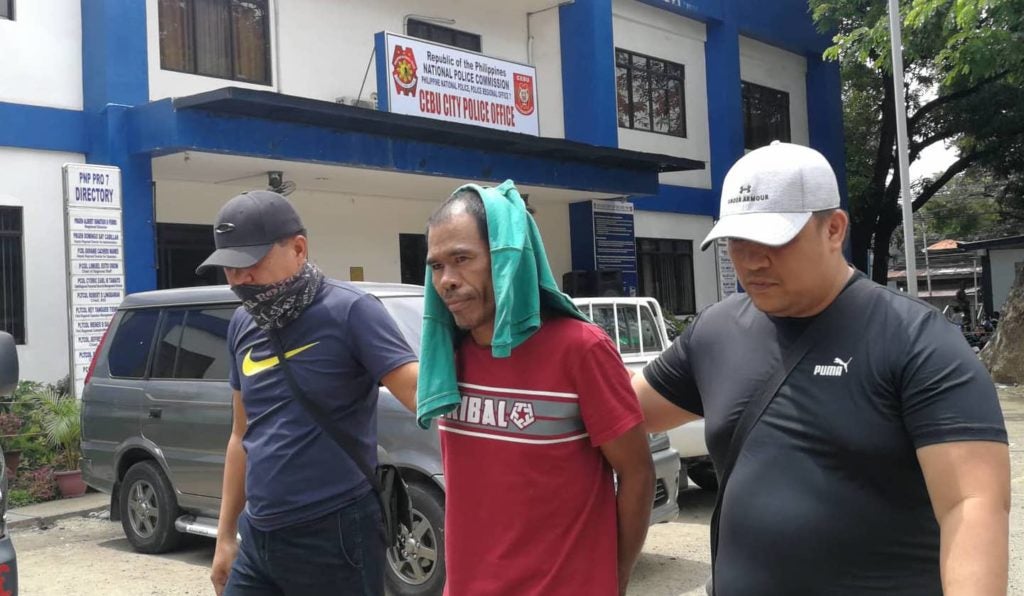 CEBU CITY, Philippines—Police from Cebu City nabbed the city’s most wanted criminal who was allegedly the hitman of slain drug lord Franz Sabalones.

Police reports state that Sabella was wanted for murder in 2001 after he killed the thief who stole his rooster used in his cockfighting activities in Barangay Buhisan, Cebu City.

Police also said they are looking into reports that Sabella was hired by Sabalones due to his connections with Jerome Labitad.

Sabella, however, denied claims of the police that he worked as a gunman for Sabalones, who was killed in Metro Manila last April 2019.

Sabalones was based in San Fernando town in southern Cebu.

But Sabella said that he worked briefly for Labitad, the trusted aide of Sabalones and also a known drug personality in southern Cebu.

“He (Labitad) claimed that we were relatives. So he took me in but I did not stay for long since I cannot deal with the way he ran things. I stayed there for one month,” he said in Cebuano.

“I did kill the thief who stole my rooster. I caught him in the act,” he added.

Labitad was among the suspects tagged on the  ambush of San Fernando Mayor Lakambini Reluya that resulted to the death of three of her companions – the mayor’s husband and former San Fernando Councilor Ricardo ‘Nonoy’ Reluya, Allan Bayot, the driver; and Ricky Monterona, the town’s investment officer, in February 2019.

The mayor, along with two of her staff, survived the attack. /bmjo