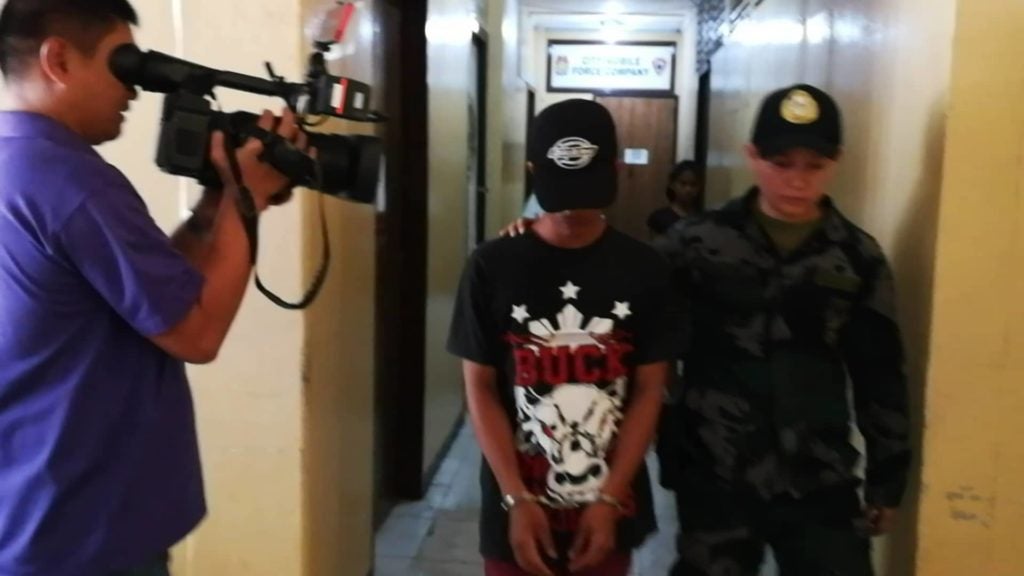 An officer escorts Ariel Arriesgado Cuyos, a construction worker who was accused of raping a minor in 2017. Cuyos said nothing happened between him and the victim. CDN Digital photo | Morexette Marie B. Erram

CEBU CITY, Philippines—A construction worker from Daanbantayan, Cebu who was arrested on Thursday, February 20, 2020, for allegedly raping a minor in 2017 denied the accusations hurled against him.

Ariel Arriesgado Cuyos, 23, insisted he was innocent and claimed that nothing happened between him and the victim.

A warrant of arrest was issued against Cuyos by Cebu City Regional Trial Court (RTC) Branch 20. The construction worker reportedly raped a 15-year-old female in Barangay Talamban, Cebu City in 2017.

Cuyos said nothing really happened between him and the victim, adding that the victim hugged him one time when she mistook him as her boyfriend.

“I believe that the victim mistook me as her boyfriend because even other people said that I looked like her boyfriend, and also have the same height,” he said.

“I have no connections with the complainant. He’s just a neighbor,” said Cuyos in Cebuano.

Cuyos, who is now detained in Cebu City Police Office (CCPO), pleaded for the complainants to drop the charges lodged against him. /bmjo