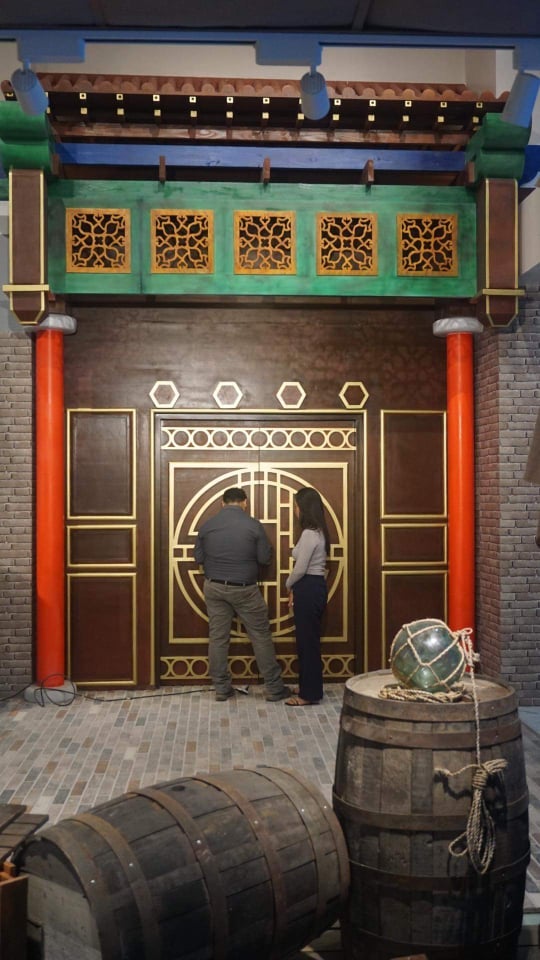 CEBU CITY, Philippines — The Sugbo Chinese Museum took 10 years in the making from its conceptualization, and its opening is a form of pride for the Cebuano Chinese community.

This was the statement of Bob Gothong, the chairperson of the Sugbo Chinese Heritage Museum Board of Trustees, during its soft opening on February 20, 2020.

The date was auspicious for the opening as it was the second day of the second month of the year 2020, it was a lucky day to open the long sought heritage site.

Yet they pushed through as this was also the best time to showcase the importance of the Filipino Chinese in the economic and cultural growth of Cebu.

“When Magellan came to Cebu in 1521, the Chinese were already here,” said Gothong.

The Sugbo Chinese Heritage Museum located inside the Gotiaco Building along M.C. Briones  Street in Cebu City, showcases more than a hundred Chinese artifacts, heirloom pieces, and collections depicting the lives of Chinese communities integrated into the Filipino Culture for 500 years.

The three-story museum has ceramic works, furniture, tools, and architecture derived from the Ming Dynasty.

The integrity of the building needed to be checked as well after the structure withstood 2 major earthquakes.

Gothong said this museum would be the first Filipino Chinese Museum in the country and a source of pride for the Chinese community.

For Cebu City Mayor Edgardo Labella, the museum is a reminder of the interrelated culture of the Filipinos and the Chinese.

He said that Cebu had been strongly influenced by the Chinese that there was no need for a Chinatown in the city.

“Cebu City is a Chinatown,” he said.

The mayor also acknowledged the Cebuano Chinese families that became crucial to the development of the city such as the Gothong and Gotiaco families.

He said the Sugbo Chinese Heritage Museum would show the historic revelance of the Chinese immigrants in Cebu.

The Sugbo Chinese Heritage Museum is still in its soft opening and does not yet have rates or schedules for open hours.

Organization or groups who wish to check the museum can contact that Sugbo Chinese Heritage Museum Foundation./dbs