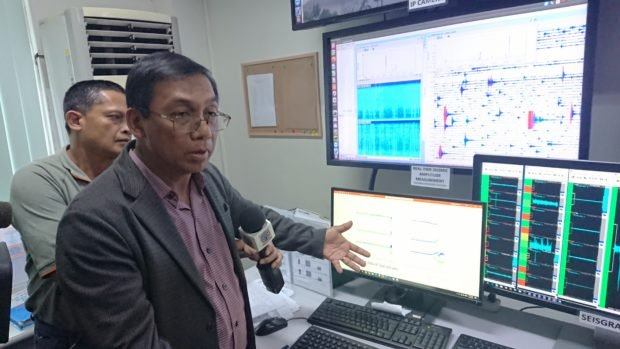 CEBU CITY, Philippines — The Department of Science and Technology (DOST) is seeking the approval of the Cebu City government to establish a seismic station in Barangay Taptap.

In a letter to Mayor Edgardo Labella dated November 29, 2019, the DOST said they would need a Visayas Seismic Cluster for the Philippine Institute of Volcanology and Seismology (Phivolcs) that would serve as the institute’s alternative center in the event that the information centers in Manila and Davao City would be compromised.

The Phivolcs Visayas Seismic Cluster (PVSC) will be able to monitor earthquakes and tsunamis and will be responsible for the issuance of information, advisories, and warnings of earthquake and tsunami events within the Visayas group of islands and the rest of the country in case the main office will be disrupted.

In Cebu, there are four seismic stations in the towns of Medellin, Dalaguete, San Francisco in Camotes Island, and Lapu-Lapu City, which are continuously operating in terms of earthquake recording and contributing to the issuance of earthquake and tsunami information.

The DOST is considering a 600-square meter lot in mountain Barangay Taptap, Cebu City for the seismic center as they already received funds for the establishment of a PVSC.

The area is currently a part of the City Resource Management and Development Center (CREMDEC), a viable spot for a PVSC as it is in a remote mountain barangay.

The PVSC will be funded and maintained solely by the DOST for the next 25 years while the lot will remain to be the property of Cebu City. The contract is also renewable in 25 years.

“The city is aware of the benefits of establishing a cluster center in Metro Cebu, and increases the detection capability of the PSN for earthquakes originating from nearby active faults which will result in the generation of a higher resolution earthquake database,” said Renato Solidum, undersecretary of the DOST.

The Cebu City Council has already given Mayor Edgardo Labella the authority to sign a memorandum of agreement with DOST for the use of the Taptap lot.

The DOST expressed their desire to start construction within the year./dbs

Read Next
The amazing Yong Larrazabal