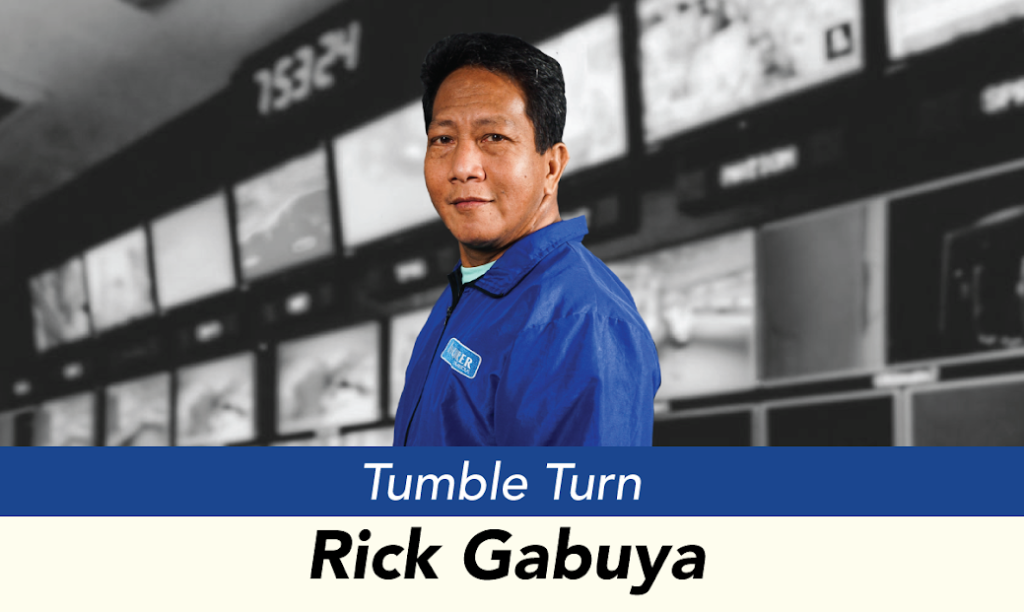 He’s 51 years old, I’m 53. And under normal circumstances, the two-year gap should pose not much difference in physical appearance or agility.
But while I ache with every exerted effort – like climbing a flight of stairs, or carrying a half-full pail to water the plants, or standing up after a protracted use of the couch – the other guy continues to compete in top marathons around the world.
Not only that, just recently, he became the first Filipino to conquer the World Marathon Challenge, which is to run seven marathons in seven continents in only seven days. He’s crazy! I can almost hear you say that because those were the exact same words I uttered while reading a CDN Digital feature about him.
But wait, here’s more. The guy also happens to be one, if not the best eye surgeon in Cebu – just drop by his vast eye clinic and there’s not a single vacant seat to be had there- and serves as President and Chairman of the Board of the CebuDoc Group. He is also the husband of celebrity actress and singer Donna Cruz and a father to their four kids.
My friends, meet Dr. Potenciano “Yong” Larrazabal III.
In that CDND article penned by Mars Alison, I learned that Dr. Yong only decided to join the World Marathon Challenge just last December 2019, with just a little over a month to prepare before the start of the grueling race in Cape Town, Africa.  As part of his scant preparation, he and his wife Donna made extensive research about how to preserve energy and how not to get injured. He also tested his endurance by running back-to-back marathons and did leg weights to increase power down there.
The World Marathon Challenge, considered as the Mt. Everest of marathon, only gives each participant 168 hours or seven days to run 295.4 kilometers in seven different continents under the most energy-sapping conditions. It started in Cape Town, Africa, then proceeded to Antarctica for the second leg, then to Perth, Australia; then to Dubai for the Asian leg; Madrid, Spain for Europe; Fortaleza, Brazil for South America and concluded in Miami for North America.
The race was not just about testing one’s endurance and resolve, it was also a test about time management. You see, runners cannot afford to linger in any of the seven marathons, otherwise, they would lose precious time, which they could use for much-needed sleep, to recharge and, prepare for the next run. All these while changing jets to take them to their next destination.
Yong admitted that countless times during the Challenge, he was tempted to give up. The sub-zero conditions and foul weather in Antarctica, the stifling heat and humidity in Brazil and the dust and swirling winds in Africa are more than enough to make a lesser mortal pack up his bags and head home.
But Yong said he countered these extra challenges by thinking happy thoughts and picturing wife Donna cheering him on at the finish line. He also pushed himself to the limit, telling himself to just go on, one step and one race at a time. Because as the famed eye surgeon puts it, “The body can do, what your mind tells it.”
And what a mindset he has. Because while other runners keep falling by the wayside as the race progressed, Yong earned the admiration of the other participants by getting stronger during the latter stages of the Challenge. During the 6th and penultimate marathon for the South America leg in Fortaleza, Brazil, Yong finished in fifth spot and in the 7th and final race in Miami, he landed in fourth place.
Not bad for someone who’s pushing middle age.
After his smashing success in the World Marathon Challenge, Dr. Yong reportedly told wife Donna that it would be the last. But being a tough competitor that he is, be it in the corporate boardroom or in the races that he has competed, Yong knows he can’t keep that promise to her. Because this early, Cebu’s famed eye doctor is already hinting of joining the elite 100 Marathon Club.
Now, why am I dedicating this whole column to a single individual? Because I want to tell those who belong to the same age bracket and those already feeling the pinch of advancing age, that it’s never too late to lace up that rubber sneaker and walk your way to the grocery store, to the office or when picking up your grandchild after school. From that simple start, you can progress to brisk walking, to the walk-run-walk routine and perhaps, to a fun run on weekends.
I also would like to encourage them to junk their sedentary lifestyle and shift to a healthier one, to stop lighting those cigarette sticks and overindulging in alcohol and unhealthy foods. To take a moment to smell the flowers and appreciate the chirping of the birds. To heed the call of the ocean and the sigh of the mountains.
Because I know in my heart, that these are the very same things that I wanted to tell myself every single day.
Read Next
The crowning of Cebu City, the Queen City of the South