BEIJING, China – China’s death toll from the new coronavirus rose to 2,592 on Monday, after the National Health Commission reported 150 more fatalities, all but one in the epicentre of Hubei province. 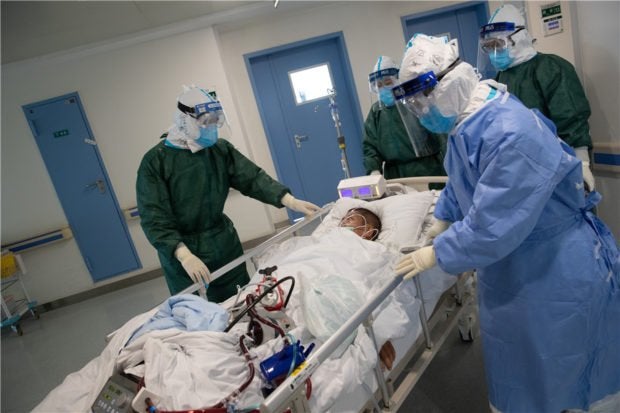 Monday’s death toll was a jump on the 97 deaths reported Sunday.

The commission also confirmed a total of 409 new cases in China, with all but 11 in Hubei.

Multiple provinces have reported zero new infections for several days in a row, even as the situation continues to worsen within Hubei and outside of China.

Only one death was reported outside of Hubei on Monday, in Hainan province, where the official Xinhua news agency said a 55-year-old doctor had died.

The coronavirus has spread to more than 25 countries and is causing mounting alarm due to new pockets of outbreaks in Europe, the Middle East, and Asia.

Italy reported a third death while cases spiked, and authorities suspended football games while the Venice Carnival was cut short.

China’s numbers of daily new infections are well down from the outbreak’s early height.

But the country’s authorities have sowed confusion about the data by repeatedly changing their counting methods.

Read Next
In 1st ever Fun Run, Hi-Precision Diagnostics Cebu looks back on 20 Years of Saving Lives