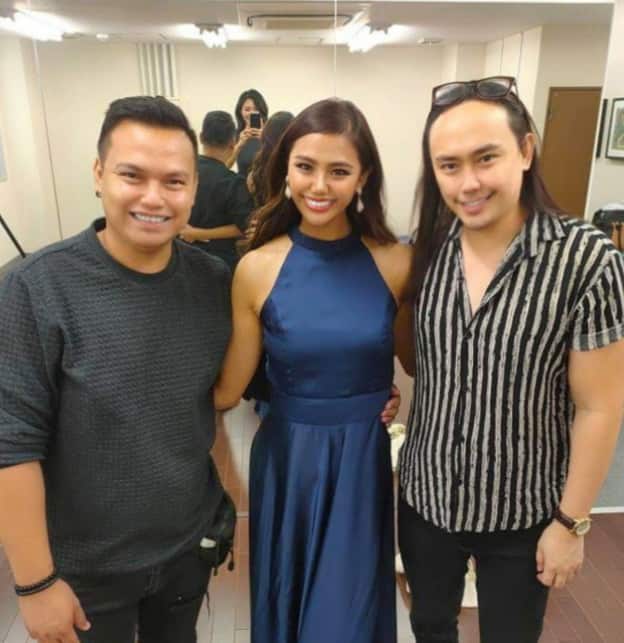 CEBU CITY, Philippines — Did you know that a Cebuano designer and a makeup artist are the pageant mentors of Japan’s candidate for Miss Eco International 2020?

Meet Winston Sy and Jaytee Tariman, who are both from Mandaue City.

They are also helping Miss Eco International Japan 2019 Mayuko Hanawa for her upcoming international stint in Egypt this April 10, 2020.

Hanawa, who is back in Japan, confirmed to CDN Digital that she spent her first two weeks of February in Cebu City to train with Sy and Tariman.

“I feel amazed because Filipinos are warm and it feels good. I was nervous at first, but I had so much fun,” she told CDN Digital.

Sy is in charge of Hanawa’s pasarela (pageant walk), and question and answer training.

For Tariman, he had to teach Hanawa how to do her own pageant makeup.

Who is Mayuko Hanawa

Hanawa, 25, was born to a Filipina mother and a Japanese father.

She is an opera singer in her country and studied Music at the Senzoku University in Kawasaki, Kanagawa, Japan.

Other titles under her belt are Mutya Pilipinas Japan 2018 and Top 5 finalist for Miss Supranational Japan 2019.

The 25-year-old opera singer met Sy in 2019, who was the official gown designer for the top winners in the Nippon Bijin 2019, a national pageant in Japan.

Aside from Hanawa, other top winners in the national pageant who wore the creations of Sy were Miss Intercontinental Japan 2019 Yu Harada and Miss Asia Pacific International Japan 2019 Emily Shimizu.

In an interview with CDN Digital, Sy said that Hanawa and her mother approached him and Tariman to train her.

“At first, I felt nervous because I knew I will be dealing with someone from a different culture. But later on, it was more of discovering that cultural differences is something interesting and makes us appreciate other people more,” Sy said.

He described Japanese people as respectful, mindful of being on time and very generous.

For him, he sees Japanese women, who are aspiring beauty queens, as very eager to learn and exert effort to improve themselves.

Sy did not expect to handle a queen from another country but the trust he got from Mayuko and her family is overwhelming.

“I am just thankful that the good Lord continues to give me opportunities that give me so much self-fulfillment and motivation to continuously improve my craft,” he added.

This is the first time that he handles a non-Cebuana beauty queen.