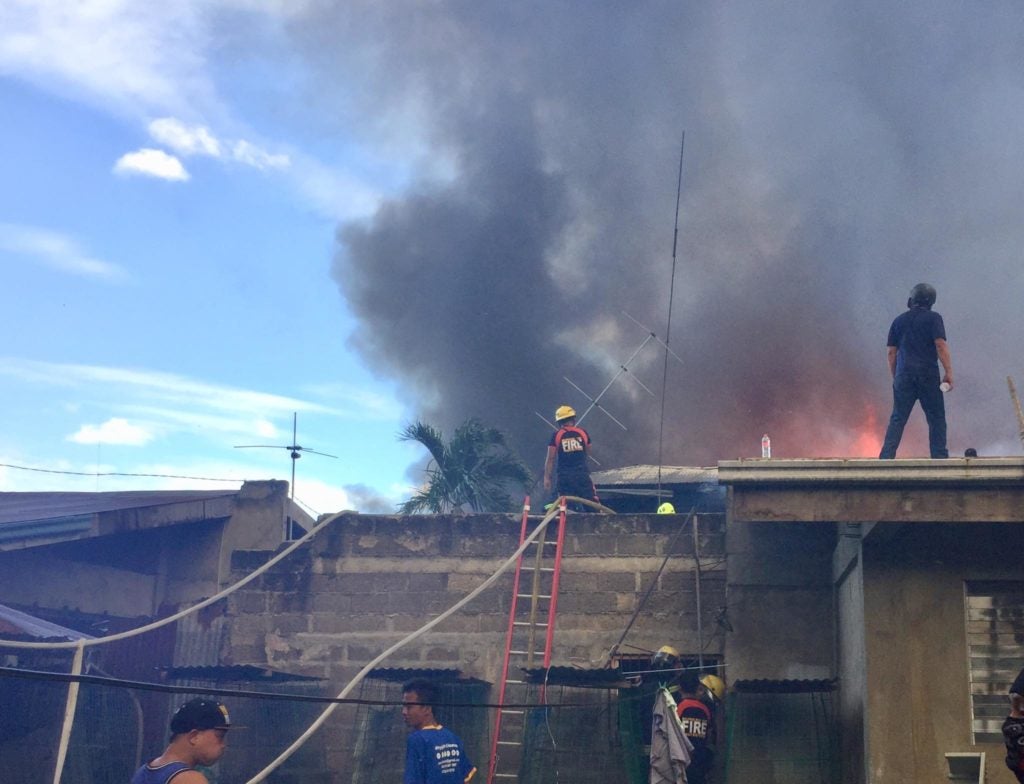 Firefighters climb the roof of one of the houses as they battle the fire in Sitios Bayabas and Ternate in Barangay Ibabao-Estancia, Mandaue City at past noon of February 29, 2020.

Roble said the 320 houses were located in Sitios Bayabas and Ternate of the barangay.

He also said that they were investigating reports that a butane explosion might have started the fire in Mandaue City.

He said that they were still verifying this report.

Initial investigation showed that the Mandaue City Fire Department received the fire alarm at 11:40 p.m., which was later raised to Task Force Alpha at 12:29 p.m.

Task Force Alpha meant that other fire stations outside and near Mandaue City have been called in to help put out the fire.