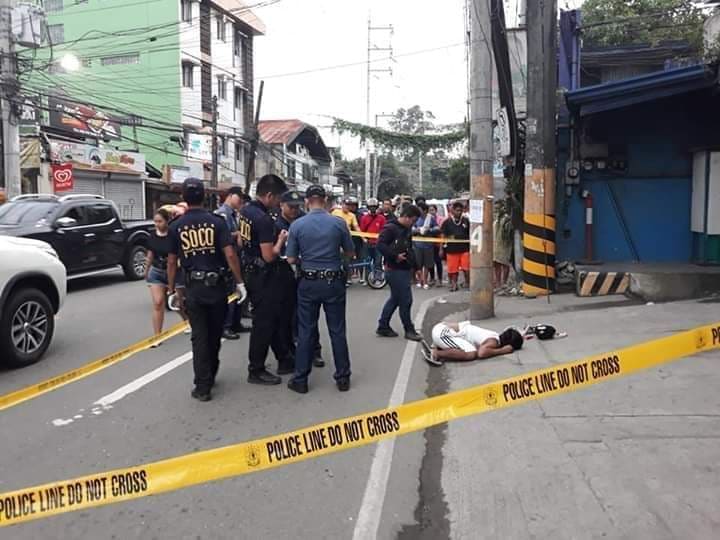 A man, who was killed by a motorcycle rider while walking along the Nasipit Road in Barangay Talamban, remains unidentified.| Paul Lauro

CEBU CITY, Philippines — Policemen in Barangay Talamban in Cebu City are looking for the relatives of a man who was shot dead while walking along the road in Sitio Nasipit at around 4:30 a.m. today, February 29, 2020.

Police Staff Sergeant Joseph Grande, desk officer of the Talamban Police Station, said that their investigators failed to find anything that would help them identify the victim.

Grande said that the victim had the names “Bryan 2009” and “Jess” tattooed on his right shoulder.  He is in his 30s, medium built and about five feet tall.

The police officer is asking Cebuanos with missing relatives to visit their police station and try to identify the victim of the early morning shooting incident.

Grande said that the remains of the still-unidetified man was already brought to a funeral parlor located along A. S. Fortuna Street in Barangay Banilad in Mandaue City.

Quoting the outcome of their initial investigation, Grande said that the victim was walking along the road in Sitio Nasipit when shot by a motorcycle rider who was tailing him.  The suspect fled to the direction of Barangay Talamban proper.

The victim died from gunshot wounds on his body.

Grande said that investigators handling the case are now looking for closed-circuit television (CCTV) mounted in nearby establishments that may have captured the shooting incident and the face of the gunman. / dcb