Lapu to implement ‘No Segregation, No Collection’ policy starting April 1 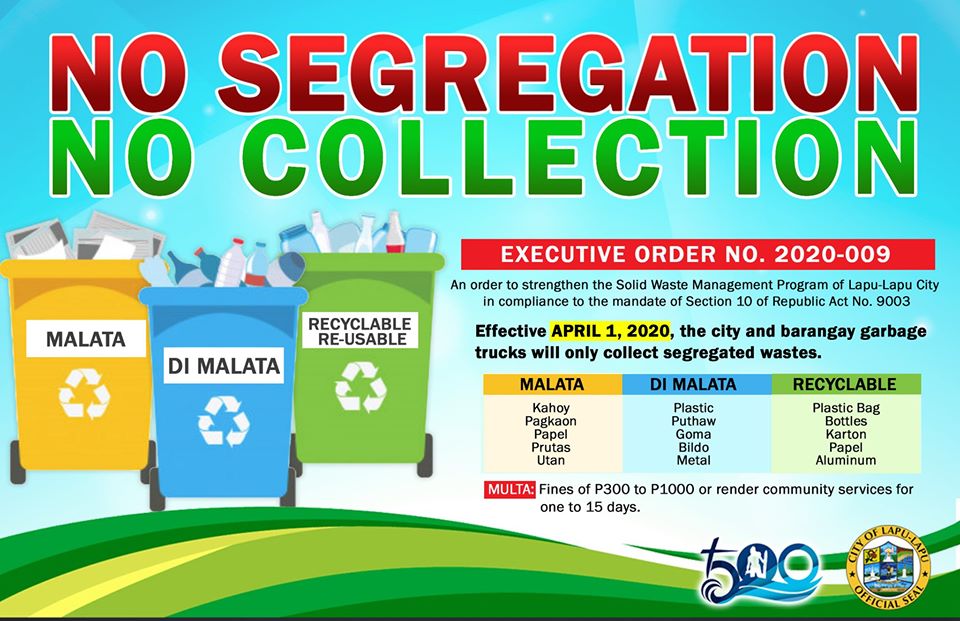 Mayor Junard Chan said they will implement starting on April 1 their “No Segregation, No Collection” policy.

Violators will be asked to pay fines ranging from P300 to P1,000 or render community service for a period of 15 days.

Chan said that its implementation was decided upon a year after the city government successfully implemented a ban on single-use plastic and plastic straws in their city.

“In compliance with Section 10 of Republic Act No. 9003 or the Ecological Solid Waste Management Act of 2000, the Lapu-Lapu City government, in coordination with its barangay officials, will start to implement solid waste segregation to promote recycling and the reuse of resources and to also reduce the volume of wastes that are dispose in the city’s dumpsite.)

Chan said that barangay garbage collectors, who are in the front lines in the city’s garbage collection system, will especially be tasked to implement its “No Segregation, No Collection” policy.

Read Next
First coronavirus death on US soil confirmed, Trump calls for calm