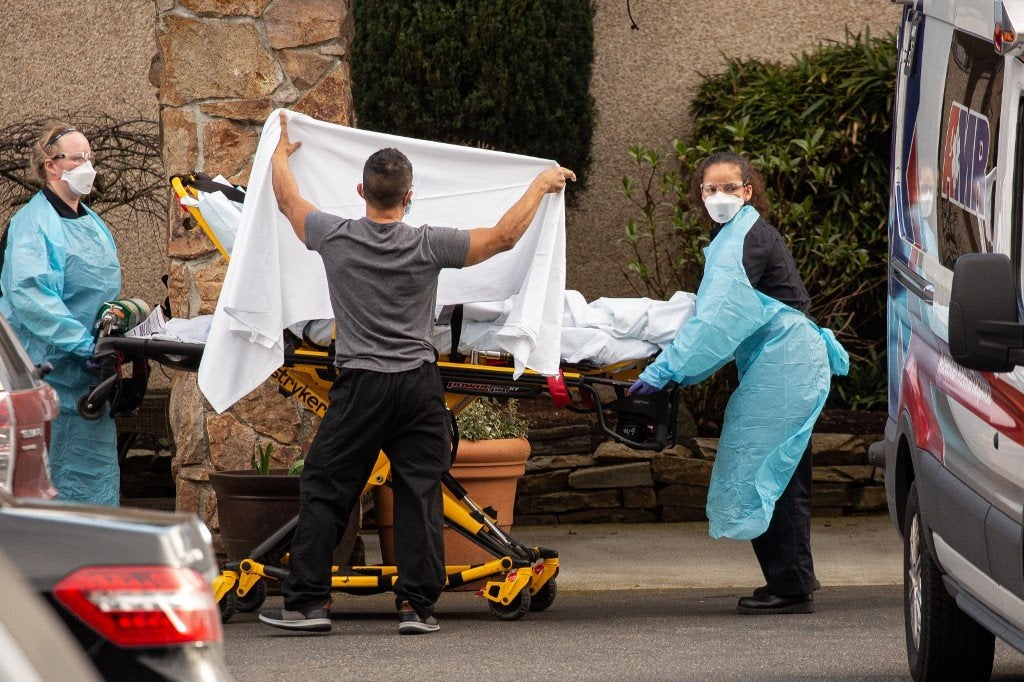 SEATTLE, United States — The first fatality from the novel coronavirus has been confirmed on US soil, as President Donald Trump on Saturday urged Americans not to panic.

Health officials said the man who died in Washington state was one of a handful with no known links to global hot zones to have contracted the virus — indicating that the pathogen was now likely spreading in communities.

The death occurred in King County, the most populous in the state and home to Seattle, a city of more than 700,000 people, officials told AFP.

The victim was in his 50s and had “underlying health conditions,” said Jeff Duchin, public health officer for Seattle and King County.

“It is a sad day in our state as we learn that a Washingtonian has died from COVID-19,” Washington state Governor Jay Inslee said in a statement, sending condolences to the victim’s loved ones.

Inslee declared a state of emergency over coronavirus, freeing up funding for state agencies and allowing the use of the Washington National Guard, if necessary.

Speaking at a White House news conference Trump said that “additional cases in the United States are likely,” but added that “healthy individuals should be able to fully recover.”

“Our country is prepared for any circumstance,” Trump insisted, calling on “the media and politicians and everybody else involved not to do anything to incite panic.”

Trump identified the victim as “a wonderful woman,” but the CDC later said it had misinformed the president in an earlier briefing.

Washington state also reported on Saturday the country’s first case of coronavirus in a health care worker and the first possible outbreak in a nursing home.

This comes after the states of Oregon and California confirmed late last week the first instances of infected US patients who had not traveled overseas or come in contact with anyone known to be ill.

“While there is still much to learn about the unfolding situations in California, Oregon and Washington, preliminary information raises the level of concern about the immediate threat for COVID-19 for certain communities in the United States,” the CDC said.

‘We will see more cases’

Trump said he would meet with leaders of big pharmaceutical groups at the White House on Monday to discuss treatments and efforts to develop a vaccine to combat the virus.

The president said the number of cases detected by the US public health system now stood at 22. Combined with patients who were repatriated from abroad, the overall number of infected on US soil is now about 70.

“But it’s important to remember, for the vast majority of individuals who contract the novel coronavirus, they will experience mild to moderate symptoms.”

Their treatment will be to remain at home and treat the symptoms as they would the flu, he added.

The president and other officials also announced a more complete ban on travel from Iran, which has seen a rapid spread of the disease, and encouraged Americans to avoid travel to hard-hit areas in Italy and South Korea.

Vice President Mike Pence, charged by Trump to lead efforts against the virus, said that an existing ban on travel from Iran had been expanded to include any foreign national who has visited the Islamic republic within the last 14 days.

Trump also said the United States was ready to assist Iran with its coronavirus outbreak and that “all they have to do is ask.”

An American citizen died of the new coronavirus in early February at the Chinese epicenter of the global outbreak, the city of Wuhan, the US embassy confirmed at the time.

Worldwide, the virus has hit about 60 countries across the globe, with more than 2,900 people killed and over 85,000 infected since it was first detected at an animal market in Wuhan late last year.