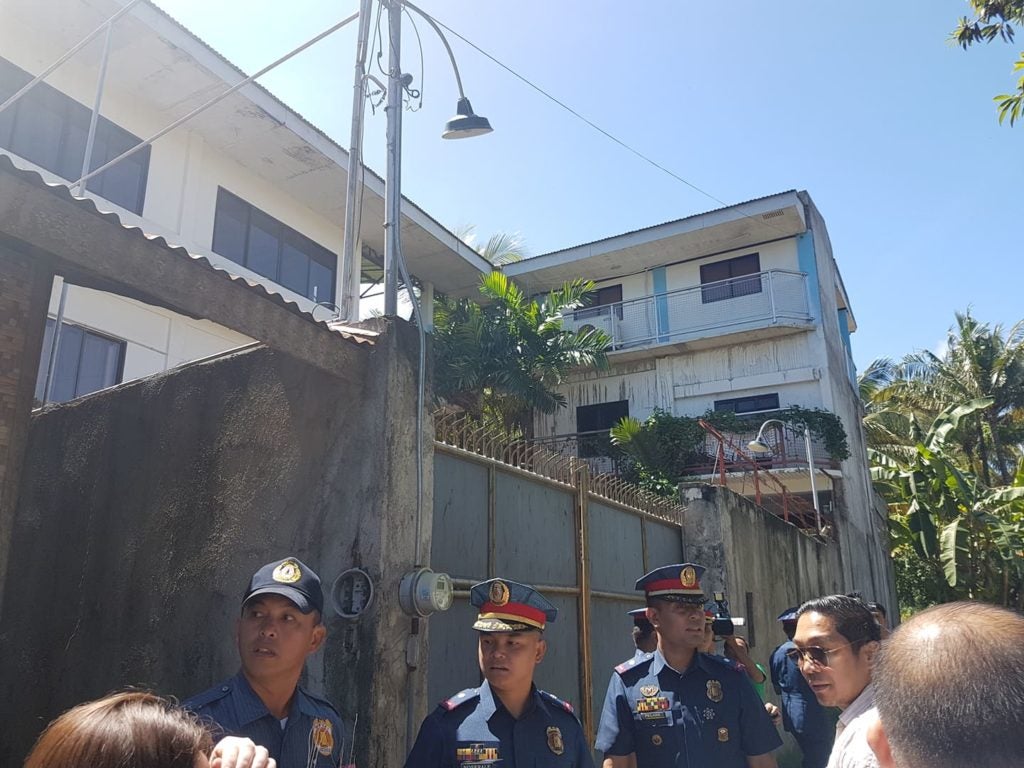 CEBU CITY, Philippines—Two out of the seven identified properties of alleged drug lord Rustico Ygot and girlfriend Jocelyn Encila, in Consolacion, Cebu were served with a freeze order on Monday morning, March 2, 2020.

Police Brigadier General Albert Ignatius Ferro, director of the Police Regional Office in Central Visayas (PRO-7), led the implementation of the order together with the Anti Money Laundering Council (AMLC) and the Philippine Drug Enforcement Agency in Central Visayas (PDEA-7).

The two properties served with a freezing order included a two-storey house located in Barangay Casili and a three-storey apartment type house in Barangay Jugan.

The worth of the two houses were said to be  an estimated P5-10 million.

According to Ferro, the purpose of the freezing order is to prevent possible use of the property as a storage house of illegal drugs.

“This is a very ideal area to hide a contraband because this is a very peaceful place and the neighbors cannot see what is inside because it has high walls,” said Ferro.

Police are working to have all seven properties served with a freeze order.

Aside from the seven properties, six bank accounts of Ygot and Encila were also preserved.

With this, Ferro expects the functioning group of Ygot to weaken.

There are no confirmed reports yet on whether Ygot and its related groups are mobilizing again.

However, Ferro, said the police will continue to conduct follow up operations on the case.

The properties are not yet owned by the government as the freezing order is still a preparation for the filing of the civil perpetua case.

Ygot is an alleged drug lord who was caught in a Bohol operation in 2010.

Encila was identified as Ygot’s girlfriend after her arrest in a buy-bust operation in Consolacion town on March 3, 2019, where a total of P190.4 million worth of illegal drugs was confiscated.

Asked why it took time to implement the freeze order, Lawyer Rommel Trijo, from AMLAC, said it was because the process takes more time, especially with the documents needed before the release of the order. /bmjo