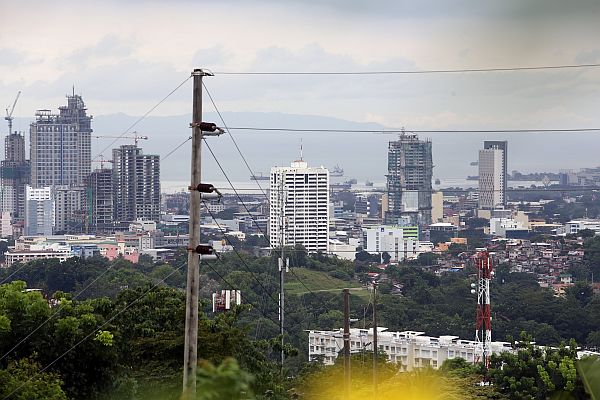 The skyline of Cebu City, the capital of Cebu, which brought in at least P8.2 billion into the region from approved construction permits for the fourth quarter of 2019.| CDN FILE PHOTO

CEBU CITY, Philippines — Cebu brought in at least P8.2 billion into Central Visayas from approved construction projects for the fourth quarter of 2019.

The Philippine Statistics Authority (PSA) data showed that the country posted P111.6 billion as value from constructions in such period.

With 2,025 constructions made on the island, PSA ranked Cebu as the province with the second most number of construction projects.

This accounts for 5.4 percent share of the total number of projects for the entire country.

Cebu came next to Cavite where 4,382 constructions were made for the last quarter of 2019.

Region-wise, PSA said Central Visayas had a total of 4,880 constructions in the same period, ranking second in their list of Top 5 with the highest number of approved construction projects.

Central Visayas’ share to the nationwide total is at 13.1 percent. Cebu is the leading contributor in the region.

National Capital Region has the highest construction value among all regions after it posted figures totaling to P32.2 billion.

“Construction statistics are generated from approved building permits as well as from the demolition and fencing permits collected every month by PSA field personnel from the Offices of Local Building Officials (LBOs),” PSA said.

PSA, however, noted that both the quantity and financial contributions brought in by issuing building permits to commence construction all over the country for the fourth quarter in 2019 have dropped.

The majority of the approved building permits issued in Cebu were classified as residential which PSA defines as “a building for which its major parts or more than half of its gross floor area is built for dwelling purposes”.

The value of residential projects in Cebu amounted to a total of P3.08 billion.

However, construction from non-residential structures constituted more than half of the island’s total value, at P4.49 billion.

Non-residential ones, on the other hand, are those intended for commercial, industrial, agricultural, and institutional purposes.

Mixed-used structures such as condominiums with office spaces topped Cebu’s list of highest construction under commercial buildings, at P1.53 billion.