Effect explosion and the coronavirus 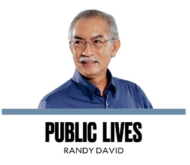 Less than two months after Chinese authorities acknowledged the emergence of an infectious outbreak from an unknown coronavirus in the city of Wuhan in central China, the world is witnessing an explosion of effects never before seen in this century. The disturbance produced by this phenomenon is complex and difficult to predict. Society is reacting not just to the disease itself, but also to the separate responses of its differentiated domains. This is what is called complexity.

People’s lives are being disrupted and altered not just directly by the virus itself but even more so, indirectly, by the unpredictable ways in which the different segments of society are responding to the threat and risk that the disease poses.

National borders have been sealed. Flights to and from specified destinations have been canceled. Shiploads of holidaymakers have been prevented from disembarking at some ports until they are declared free from infection. Factories and schools in affected countries have been ordered closed. Global supply chains have been disrupted.

Tourist travel worldwide has ground to a near halt. Airlines and cruise ships, hotels and restaurants, have drastically scaled down their operations. Governments are pumping additional funds into their health systems. Places for quarantine are being designated even as medical protocols for the handling of large-scale outbreaks are being reviewed. States tell their citizens to avoid unnecessary travel. The public is advised to take precautions when going to shopping malls and other crowded venues. Economists see a massive contraction in global economic activity.

More insidiously, dormant and longstanding prejudices are activated as nations and various publics scan the horizon for races and cultures to blame for this modern pestilence. Existing conflicts are rekindled, and preventive measures trigger all kinds of misunderstanding among neighbors, friends, and relatives.

It is a scenario straight out of disaster movies.

Ideally, in a situation like this, the voice of science ought to prevail. Once scientists are able to offer a full characterization of this new pathogen and the disease it causes—its infectiousness, transmission, period of incubation, symptoms, lethality, prognosis and prevention, etc.—it then becomes possible to respond to its risks and challenges with more precision and sobriety.

But the response time of science is subject to many contingencies. Until its findings are independently and repeatedly confirmed, there will expectedly be many voices. Each one of these voices will find their own media platforms from which to disseminate their respective findings. In this regard, among society’s subsystems, the mass media’s resonance to catastrophes is perhaps unequaled. It is, after all, its business to be ever alert to what is new, to what is threatening, or to whatever keeps the world on tenterhooks.

We are talking here of the role of a global scientific community in providing information that could allay prolonged uncertainty and unease. In the face of an epidemic like the COVID-19, one wishes the World Health Organization could credibly represent the unified voice of medical science. Yet, being an affiliate of the United Nations, the WHO is inescapably mindful of the sensitivities of its member-states, and this is bound to constrain its ability to issue objective and timely advisories.

This is evident in its reluctance to declare a pandemic despite the fact that the virus, according to the latest reports, has killed 3,450 people and infected at least 100,000 in 92 countries. The world health body has been noticeably hesitant to call for travel and trade restrictions. It has been vocal in warning against overreaction and panic, even as it assiduously tells governments to activate their protocols for epidemics.

It is perhaps a testimony to the power of mainstream mass media, and indeed of the new social media, that most governments chose not to wait for the WHO to pronounce the existence of a full-blown pandemic before taking urgent measures to stop the coronavirus contagion from engulfing their nations. In this, government officials were themselves responding to the widespread public fear generated by media.

If the Duterte administration had not stopped direct flights to and from China, the airlines would have done so anyway, in response to concerns from their own crews. Except for the most stubborn and desperate among them, passengers would have, on their own, rebooked their flights, perhaps not so much out of fear of getting the virus as of being placed on quarantine at their destination.

For more than two weeks, the country’s health authorities basked in the illusion that we have successfully contained the spread of the virus on our shores. None of the cases being watched had turned out positive. Even so, many were skeptical about what exactly this meant. The virus could be out there, but the infections may have remained undetected simply because only a few of the potential cases were being tested.

Thus the first recorded local transmission of the coronavirus would likely be received not as an isolated case, but as a delayed confirmation of an under-reported contagion. Whether it is one or the other will be known in the coming days — if this is the same pathogen that shut down Wuhan, a city of  11 million, in less than a month. I dare not think how prepared we are for this virus.