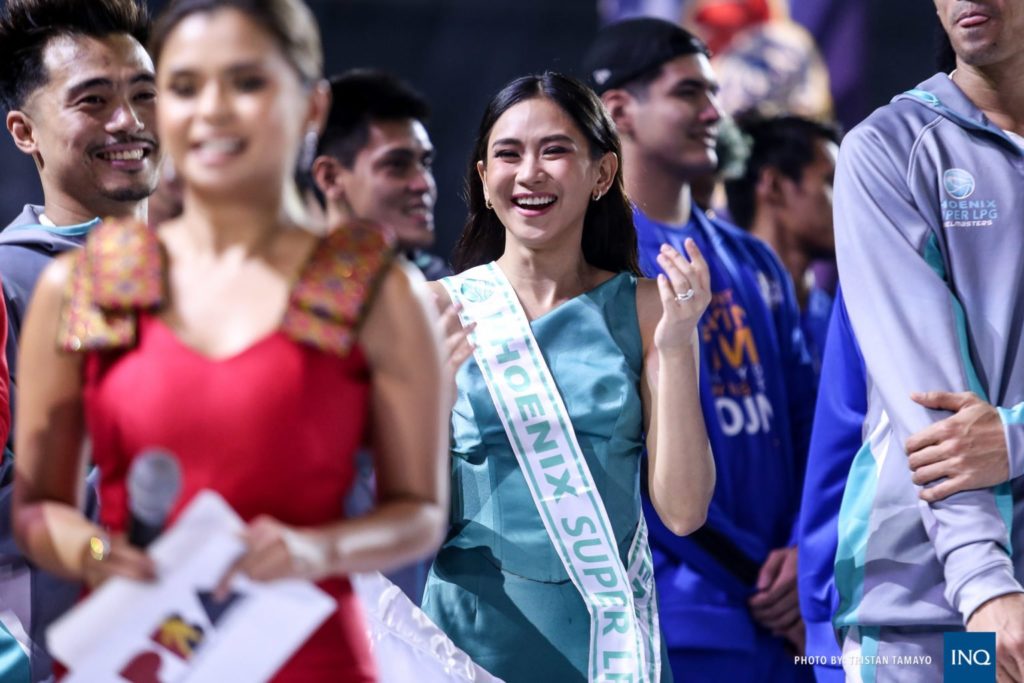 Celebrity Sarah Geronimo paraded with Phoenix in the opening ceremony of the 45th season of the PBA. | Inquirer.net photo

There was no shortage of it on Sunday, March 8, 2020, when the PBA finally raised the curtain on its 45th season at Araneta Coliseum.

Adding much glamour to the league’s opening ceremony, top celebrities Kathryn Bernardo and newly-wed Sarah Geronimo-Guidicelli headlined this year’s muses that also included a champion athlete and beauty queens among others.

Bernardo served as muse for Magnolia while Geronimo paraded with Phoenix. 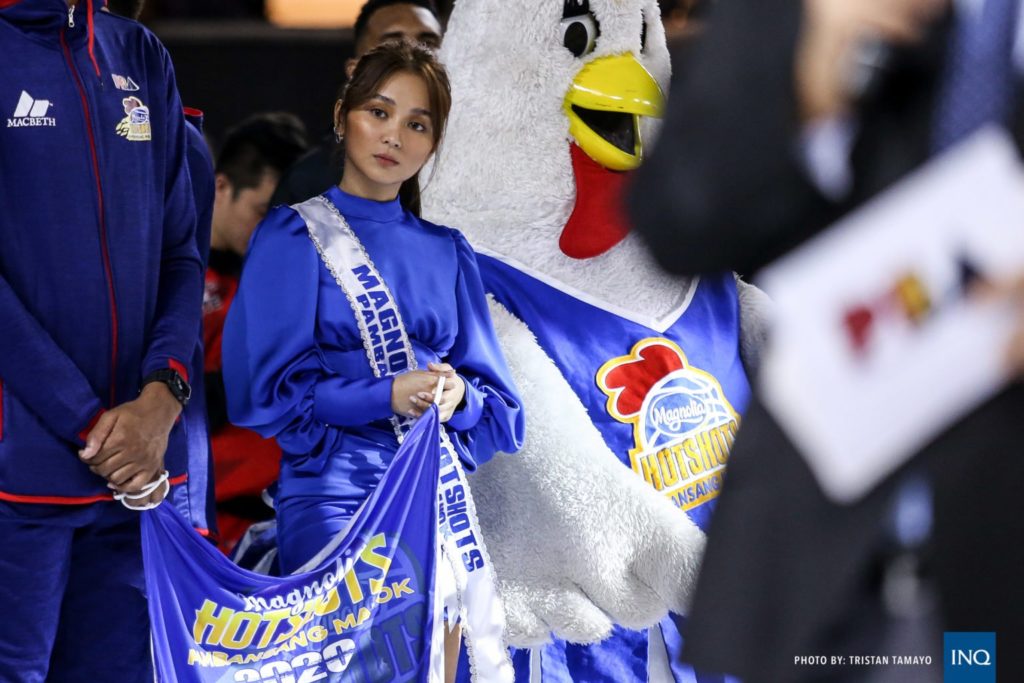 Kathryn Bernardo is the muse for Magnolia in the opening ceremony of the PBA’s 45th season. | Inquirer.net photo

Christine Patrimonio, daughter of four-time MVP Alvin, was also a muse for NorthPort and so was Alyssa Muhlach Alvarez, daughter of former PBA star Bong, for San Miguel Beer.

Completing the cast were Mutya ng Pilipinas Klyza Castro and Chaiyenne Huisman for Rain or Shine, Katrina Llegado for Columbian and Joy Wu for Blackwater.