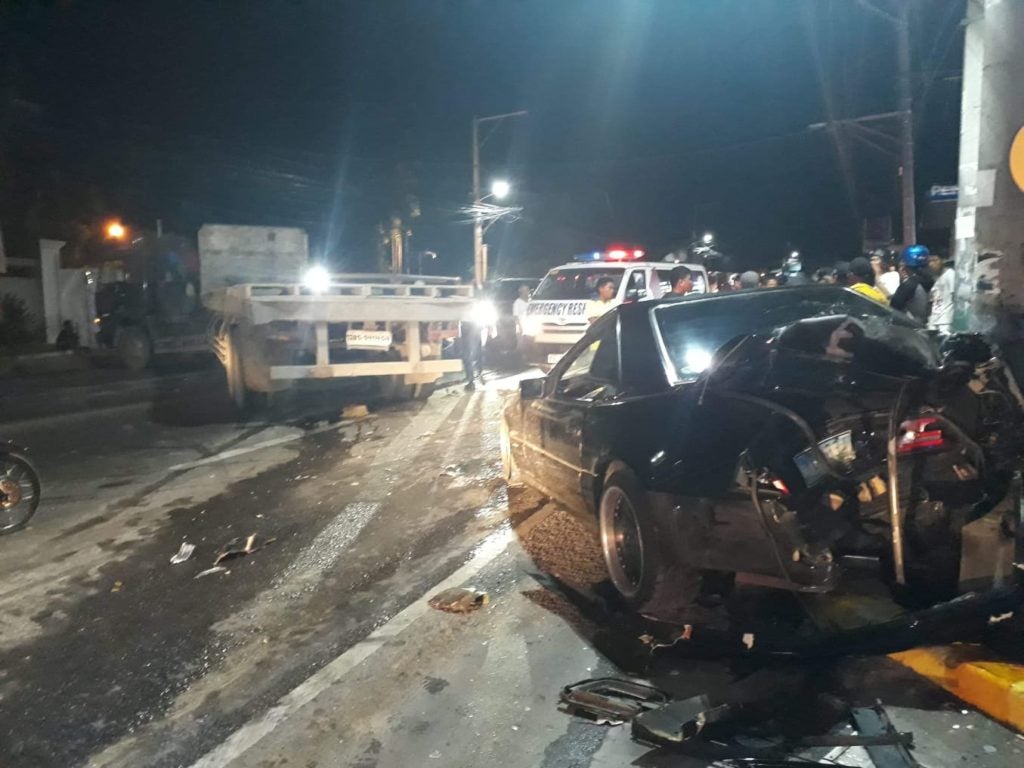 CEBU CITY, Philippines—No cases will be filed against the driver who was found to have caused the vehicular accident that happened along the highway of Barangay Calajo-an, Minglanilla town, southern Cebu on Tuesday dawn, March 10, 2020.

Three vehicles—a Mitsubishi Montero Sport, a Mercedes Benz coupe, and a Isuzu trailer truck—were involved in the accident that happened at around 3 a.m. on Tuesday. No one was badly injured in the accident.

Based on initial investigation from the police, the Mitsubishi Montero Sport driven by Sigfried Enriquez, 25, from San Isidro, Talisay City, bumped into the rear end of the Mercedes Benz driven by Walter Selma, 46, from Tongcop, Minglanilla.

The collision caused the two-door vehicle of Selma to cross to the opposite lane towards the incoming truck driven by Warren Alpanta, 20, from San Fernando town.

The truck’s driver was able to avoid a head on collision by swerving to the left but the Mercedes Benz still hit the rear portion of the truck’s trailer.

In an interview, Enriquez admitted he might have fallen asleep while driving, which is why he bumped into the rear of Selma’s Benz.

Police Staff Sergeant Ernest Lapuña of the Minglanilla Police, said that all three drivers, though, decided to settle.

But both Selma and Alpanta no longer pushed for a complaint after a  dialogue with Enriquez’ father.

“They verbally agreed to settle. They will come back here tomorrow to make it formal,”  Lapuña said.

The driver’s license of Enriquez was surrendered to police until the settlement is made official.

Lapuña said Enriquez came from playing a computer game and was tired, which may  possibly be the reason why he fell asleep while driving.

Lapuña added that the three drivers were lucky none of them got badly injured, except for the vehicle of Selma, which was totally wrecked. /bmjo