CEBU CITY, Philippines — There will be lesser or no stranded passengers in Cebu City’s streets because the city government will be giving free bus rides starting today, March 18, 2020 until the general community quarantine in the city will be lifted.

At least 13 buses will be deployed in 12 routes around the city bringing workers from Talamban in the north and Bulacao from the south.

This is the city’s way to ease the consequences of social distancing in public utility vehicles (PUV) such as jeepneys.

Mayor Edgardo Labella said the bus rides should allow faster transportation during the rush hours especially beyond the curfew hours of 8 p.m.

The buses will still practice social distancing and will be disinfected for the safety of the passengers.

Marisa Castañares, a 24-year-old pharmacist in Colon Street who lives in Barangay Labangon, told CDN Digital that the bus rides would be convenient for her because when she would leave her work at 8 p.m., there would almost be no jeepneys on the road.

“Pag Tuesday night, halos magbaktas na lang ko padung sa amoa kay wala gyoy jeep. At least karon naa nakoy masakyan. (Last Tuesday night, I almost had to walk home because there were no jeepneys. At least now, there is a vehicle to take me home),” she said.

Here are the routes that the free bus rides offered by Cebu City traversing the northern barangays: 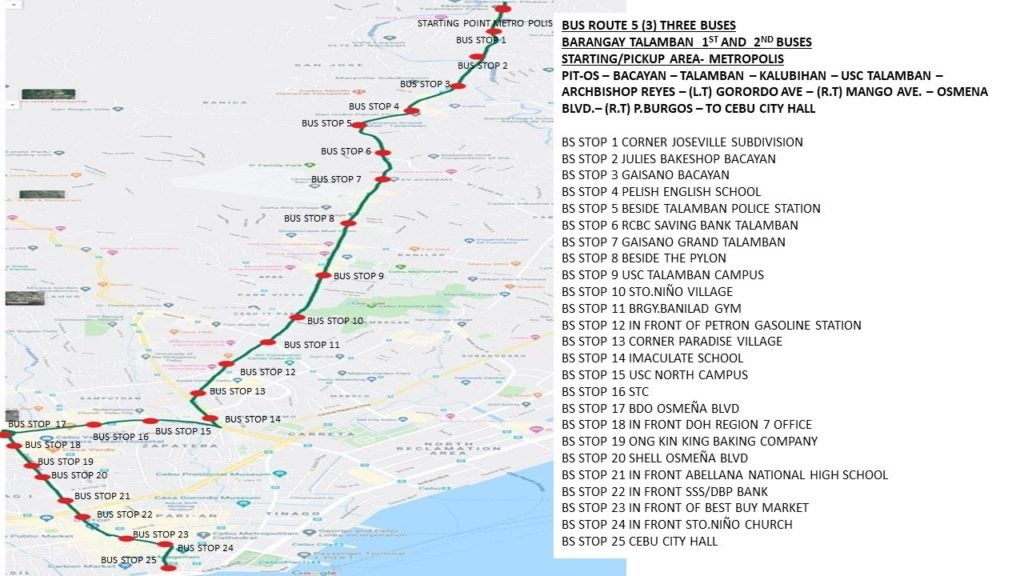 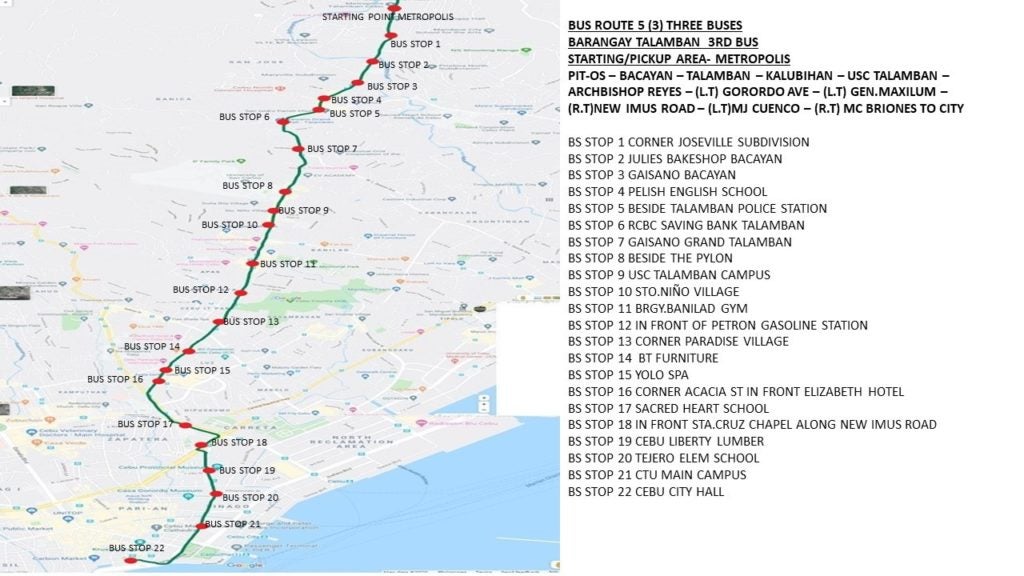 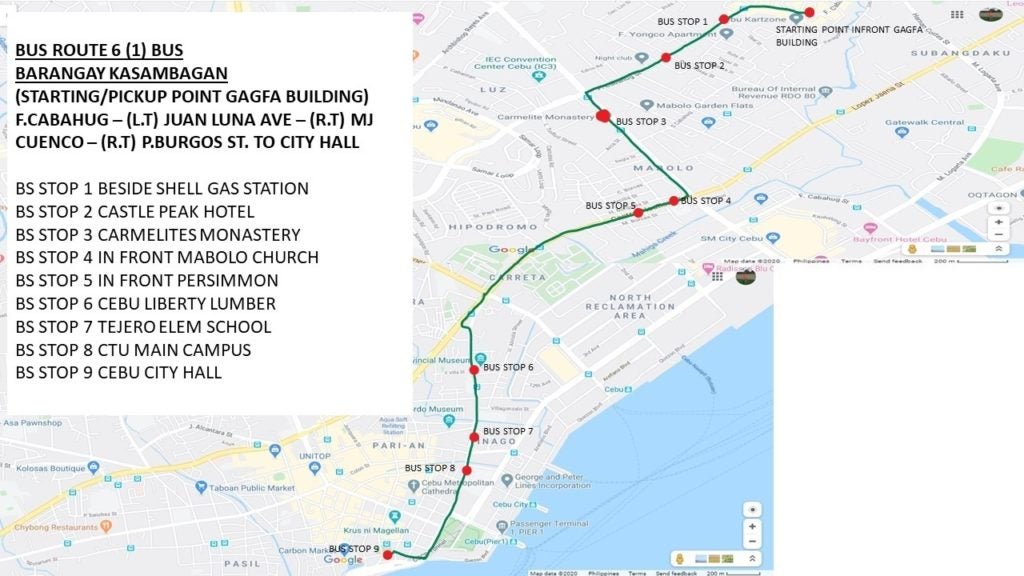 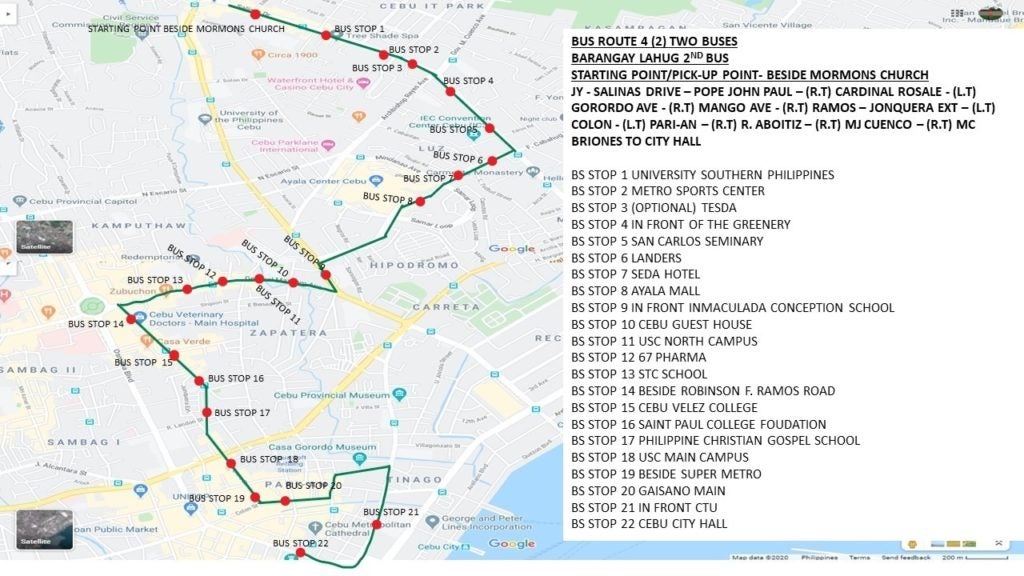 Here are the routes that the free bus rides offered by Cebu City traversing the southern barangays: 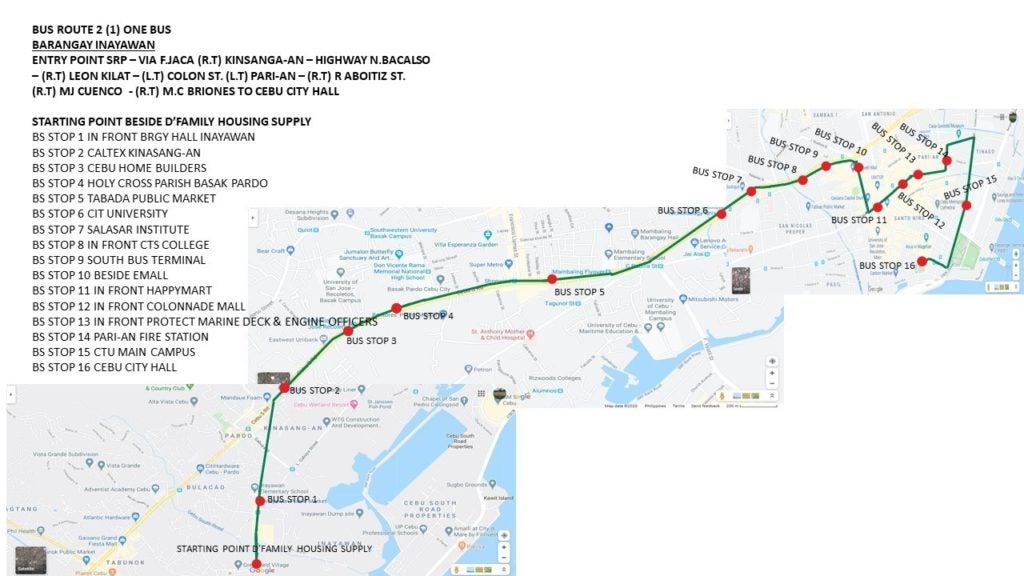 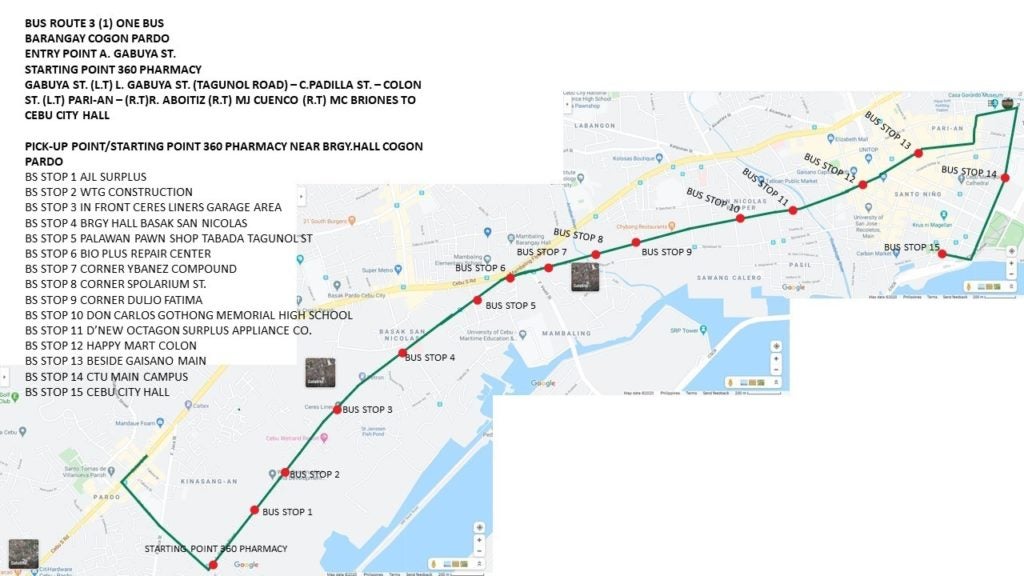 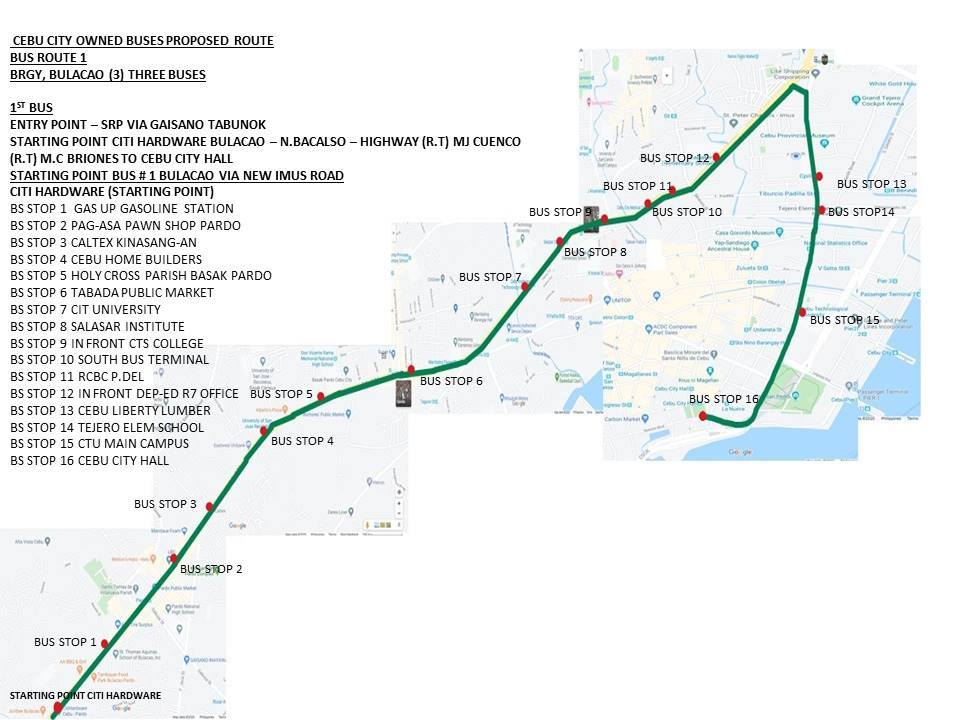 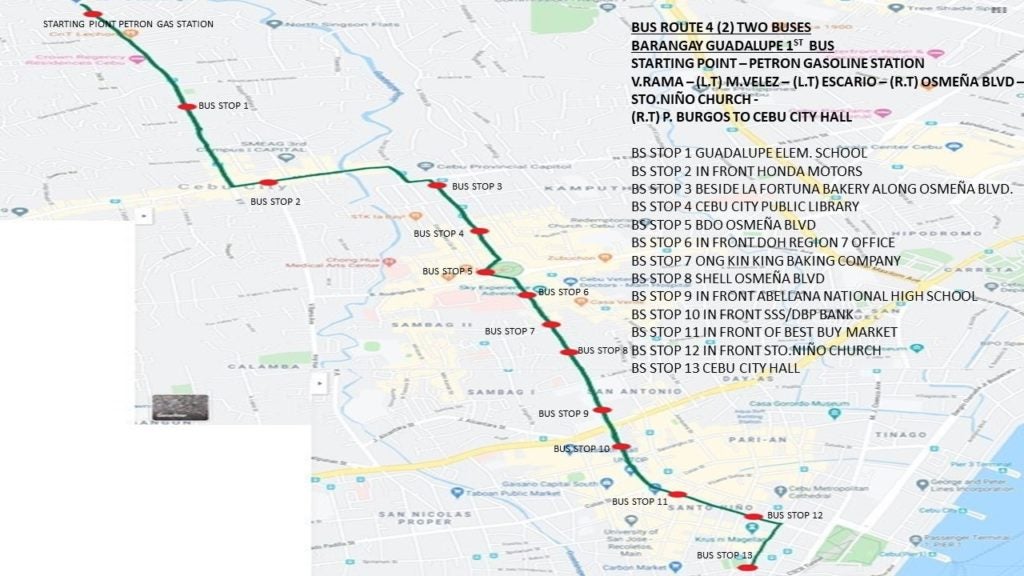 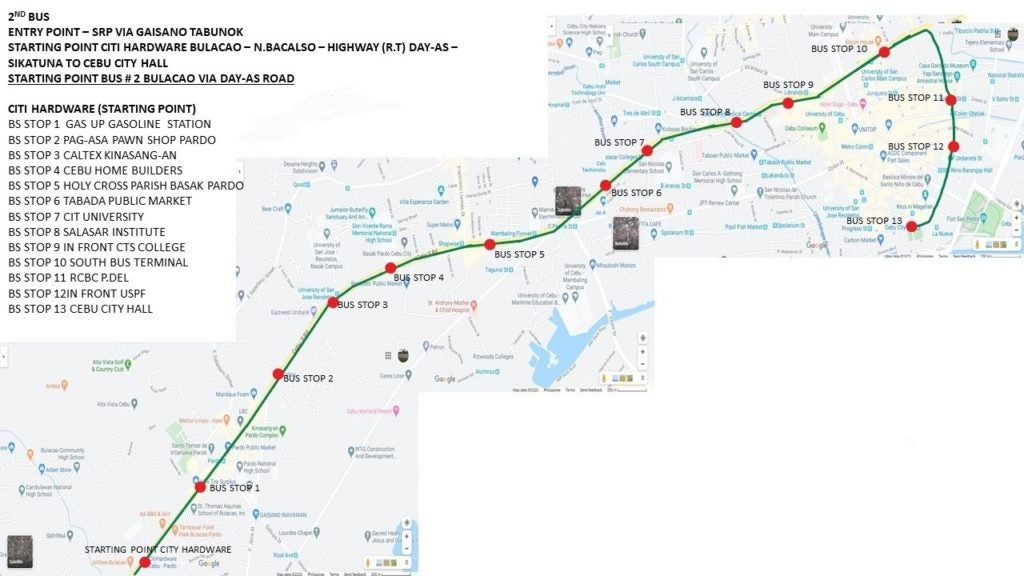 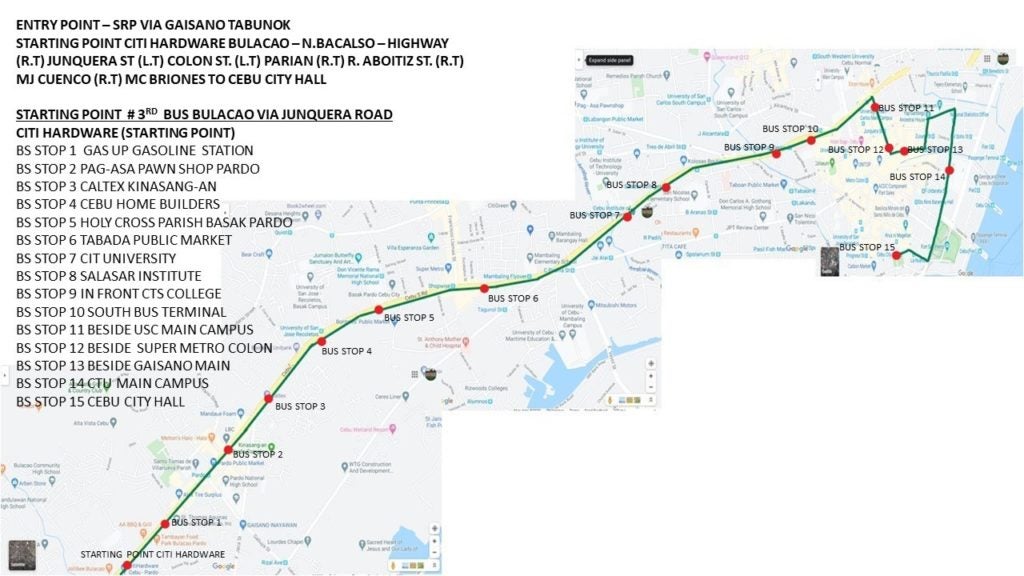 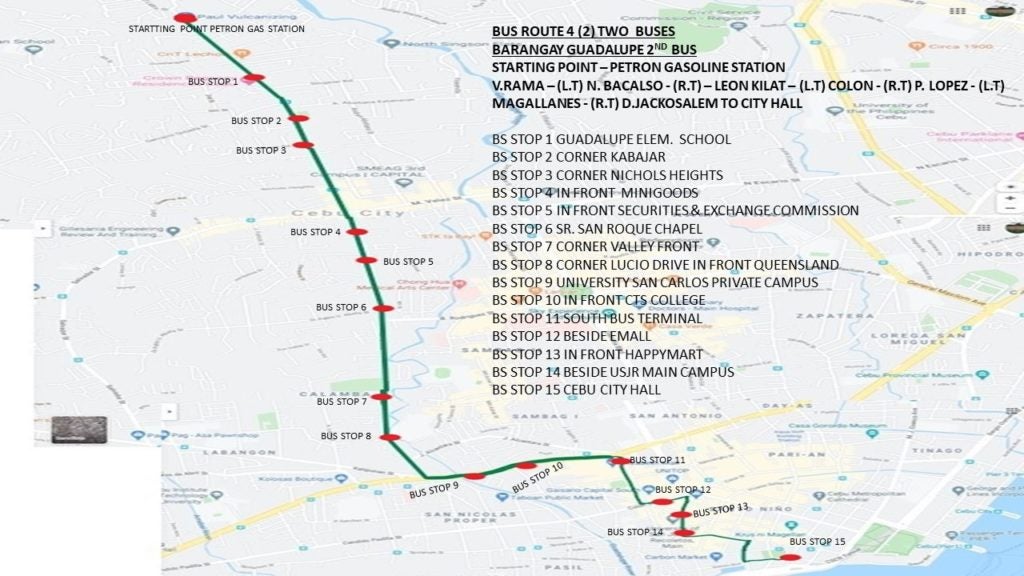