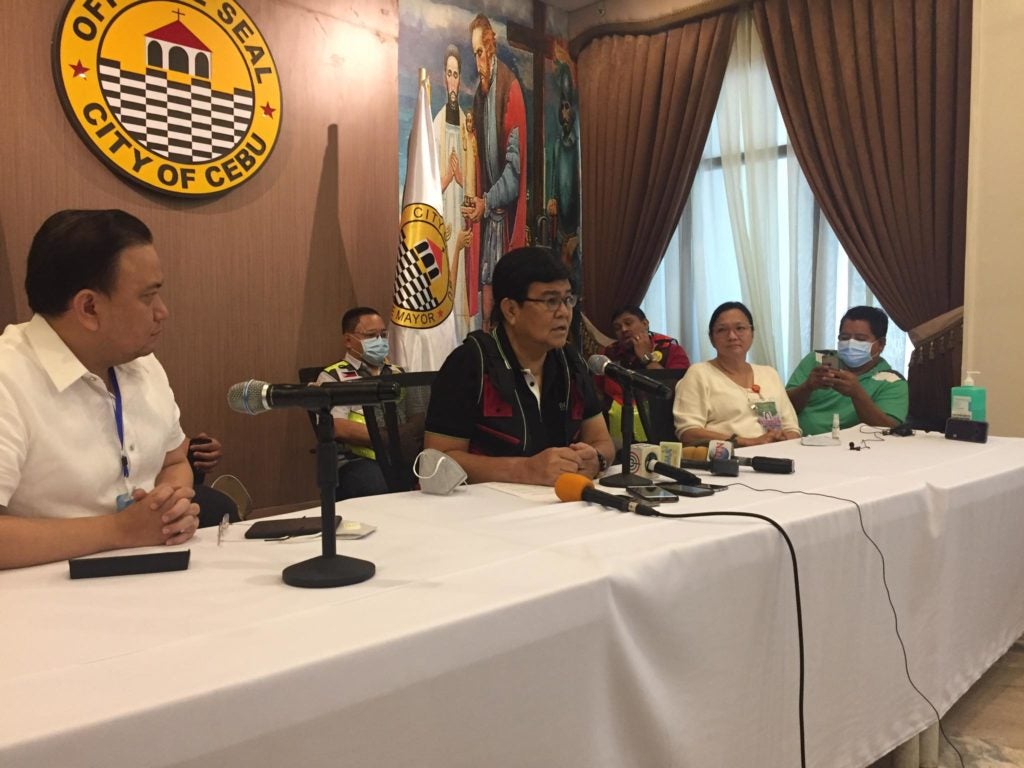 Cebu City Mayor Edgardo Labella (second from left) has announced that the city government will distribute 100,000 sacks of rice to the city’s underprivileged residents. | Delta Letigio

CEBU CITY, Philippines — The Cebu City government will distribute 100,000 sacks of rice to the underprivileged members of the city.

Mayor Edgardo Labella said that the city had purchased the rice to help the no-work-no-pay residents who had been suffering with the logical consequences of the community quarantine due to the Coronavirus Disease 2019 (COVID-19).

The sacks of rice will be given to the barangays for distribution to the residents who need them the most.

These would include public utility vehicle (PUV) drivers, tricycle drivers, vendors, or whoever the city and the barangays would agree upon to be the beneficiaries.

“Ato nang ipanghatag sa atong mga (We will give the rice to the) less privileged members of the society,” said the mayor.

Barangay chiefs are being called to a meeting on Friday, March 20, 2020, to discuss the guidelines of the distribution.

The village chiefs are asked to present suggestions on how to quickly distribute the rice to beneficiaries and to set the qualification for them.

Labella said this would help the drivers, including habal-habal drivers who could not work for the next 26 days.

The drivers are among those considered as beneficiaries to discourage them from collecting overpriced fare from passengers.

CDN received reports from Cebu City residents that some tricycle drivers are collecting twice the normal fare of P7-P8 because they said they could only take half of their normal number of passengers.

“We are asking our drivers to please do not take advantage of the situation. We are finding ways to help them,” said Labella. /dbs