Pimentel’s wife under isolation; scheduled delivery of baby on hold 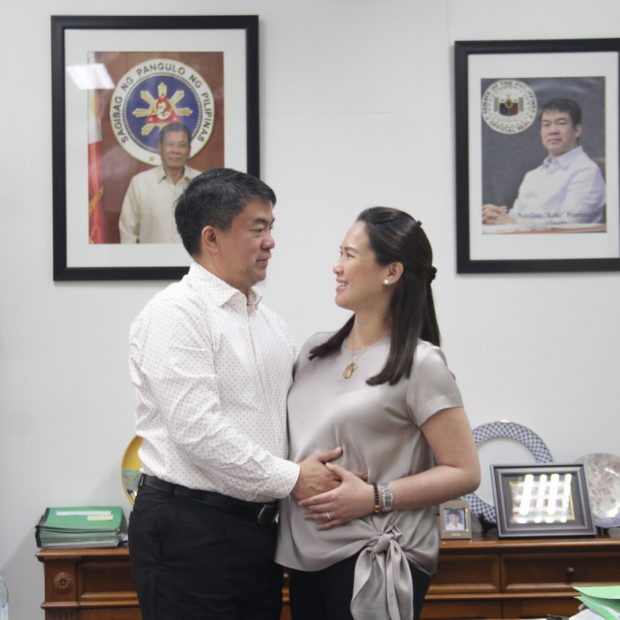 MANILA, Philippines — Senator Aquilino “Koko” Pimentel’s wife, Kathryna, who was scheduled to give birth Wednesday morning, is currently under isolation and the delivery of their first daughter was put on hold.

Pimentel said the delivery of their daughter was put on hold after he was informed that he tested positive for the coronavirus disease (COVID-19).

“No baby yet [because] doctors aborted the procedure when I relayed to them the news I got last night,” Pimentel told reporters in a Viber message on Wednesday.

“She was [scheduled] to give birth this morning. I received the call from RITM [Research Institute of Tropical Medicine] when I was already [in the] hospital last night hence I left immediately,” he added.

According to Pimentel, his wife, Kath, is currently under isolation.

“I need prayers for her kasi [because] number one: She’s about to give birth. And siyempre being the wife of a COVID-positive, she’s under isolation, so kawawang-kawawa [I feel really bad for her], I mean imagine, eight plus months pregnant and under isolation pa,” he said in an interview on CNN Philippines.

“And of course there’s a little one pa who’s about to join us in this world. Yun lang po. Sana…[That’s all. I hope] the hospital taking care of my wife will take good care of her, kasi magisa lang po siya doon, yun ang rule nila [she’s alone there and that’s their rule], we are following their rule,” the senator further said.

Pimentel is the second senator to test positive for COVID-19. It was Senate Majority Leader Juan Miguel Zubiri who first disclosed that he contracted the disease. / JPV

Read Next
Be entertained with these classic board games