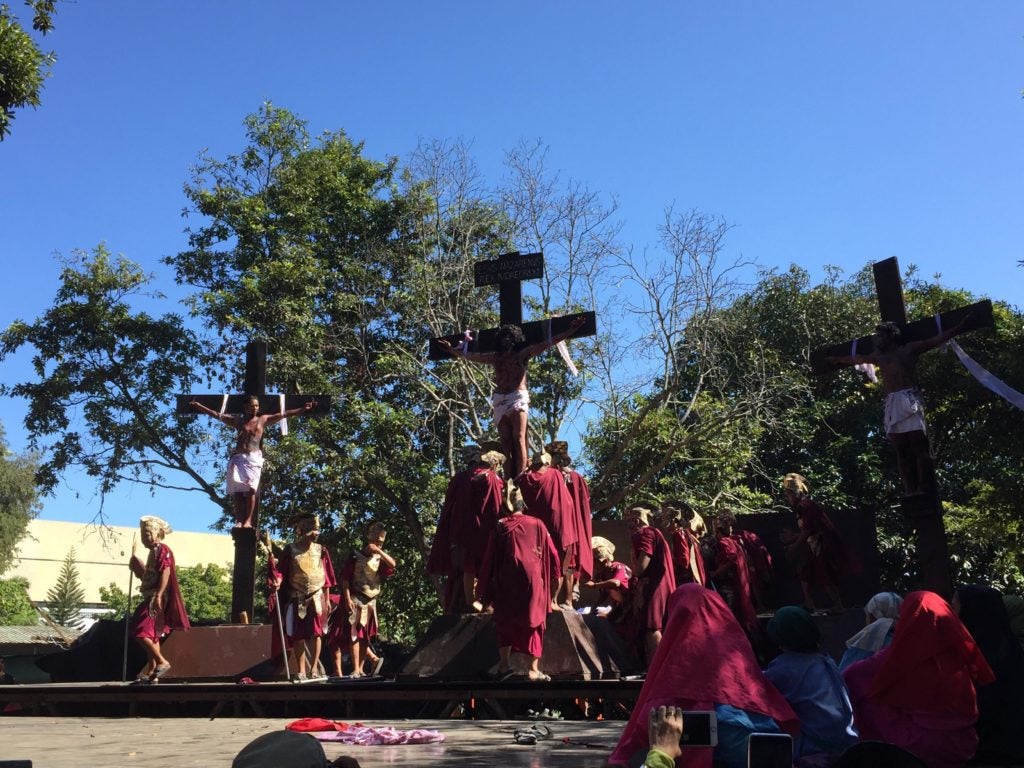 CEBU CITY, Philippines — The modern-day Senaculo-styled Cebuano street play of the Passion of Christ dubbed “Buhing Kalbaryo” has drawn thousands to its procession each year.

In Good Friday 2019, alone, the play gathered almost 2,000 spectators who marched from the San Nicolas Parish to the Espina Compound in Barangay Guadalupe.

The Buhing Kalbaryo, a street play on the life and death of Jesus Christ, is one of the iconic events people look forward to in Lent in downtown Cebu.

However, with the enhanced community quarantine (ECQ) this year due to the coronavirus disease 2019 (Covid-19) scare, the Buhing Kalbaryo could not push through without risking violating the social distancing.

The Archdiocese of Cebu has also issued a decree echoing Vatican’s stance that all Lenten congregational activities are suspended to prevent people from crowding and risking the further spread of the pandemic.

Yet just like other Lenten events, Buhing Kalbaryo seeks to connect to the public through the online platform.

This is a way for the play, which has become a significant religious tradition for downtown Cebu City residents, to continue the tradition despite the limitations of the ECQ.

Odchigue hopes that people who traditionally joined the Buhing Kalbaryo would take time to watch the special episode to keep the tradition alive.

This year would have been the 23rd year of the Buhing Kalbaryo to play on the streets. /bmjo

Read Next
Virtual Masses, domestic Church: How Cebu is coping with Holy Week amid COVID-19