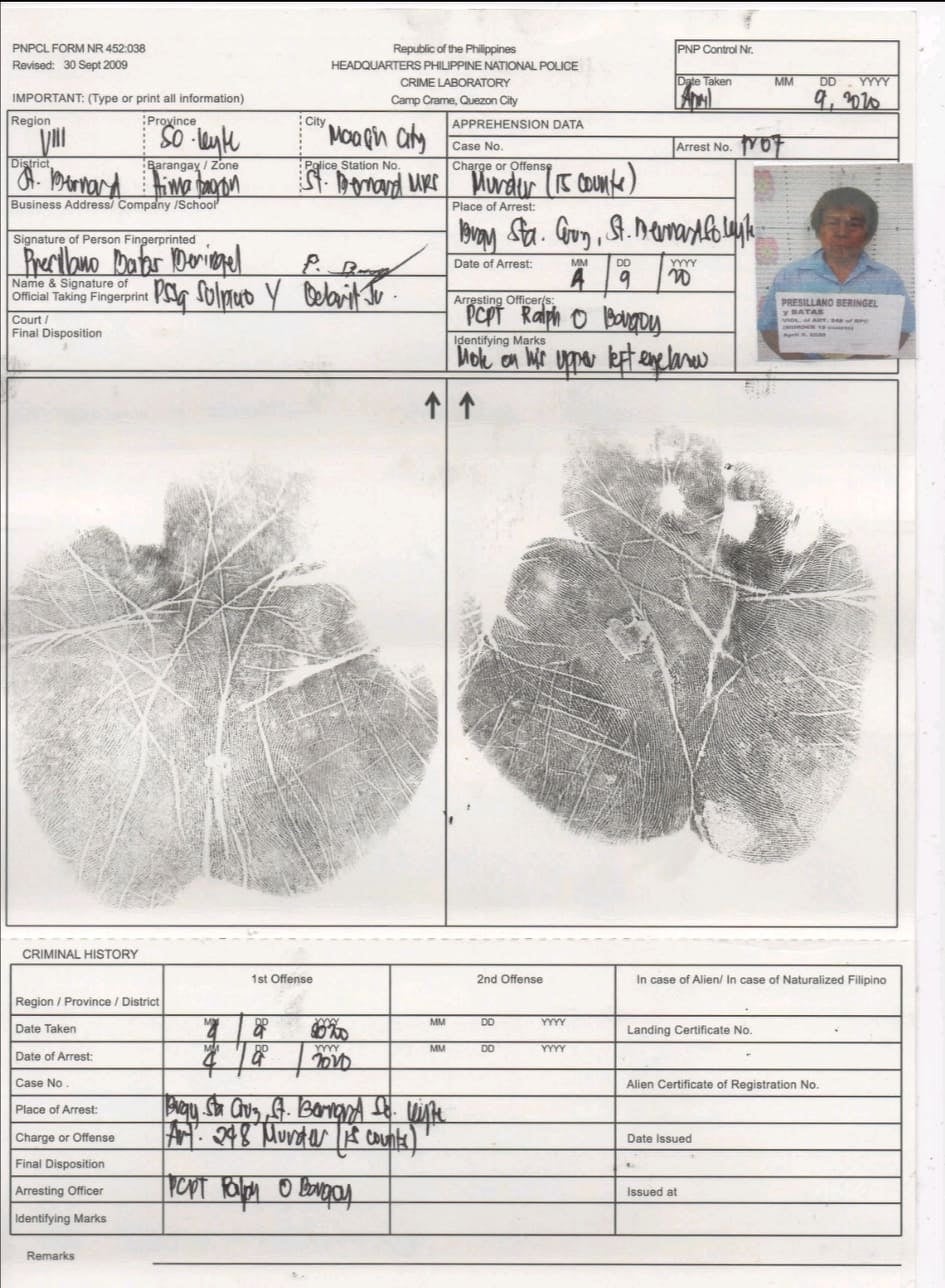 This is the crime report of the police crime laboratory report on Prescillano Batas Beringuel, a farmer accused of killing 15 people as a member of the CPP-NPA. | Contributed photo

SAINT BERNARD, Southern Leyte, Philippines – A 76-year-old farmer, who is allegedly among the members of the CPP-NPA terrorist group accused of murdering 15 comrades in May 1985, was arrested on April 9, 2020 in Saint Bernard town, Southern Leyte province.

The CPP-NPA has been declared as a terrorist group by President Duterte on December 5, 2017.

In 2002, the United States State Department has tagged the CPP-NPA as a foreign terrorist organization.

Meanwhile, the suspect, Beringuel, was charged with 15 counts of murder and was tagged by authorities as a Most Wanted Person and was arrested in Saint Bernard two days ago.

Beringuel was allegedly among the NPA members that massacred their fellow comrades sometime in May of 1985. A mass grave was discovered at Sitio Sapang Daku, Barangay Kaulisan, Inopacan, Leyte last August 2006.

Beringuel, 76, is now under the custody of Saint Bernard Police Station. No bail has been recommended for his temporary liberty.