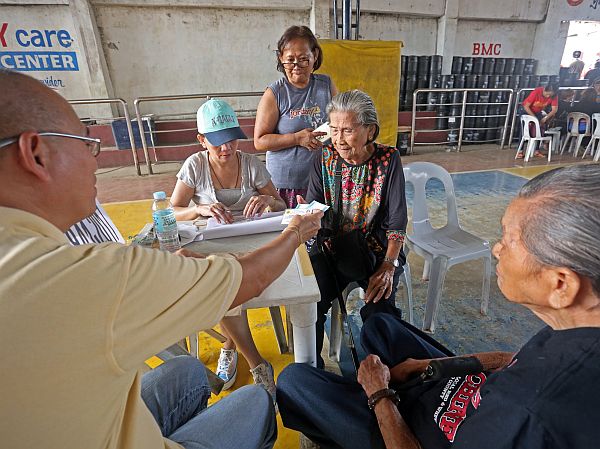 An elderly, who are both in their 90s, receive their senior citizen cash aid at the Mabolo Sports Center in this December 2017 photo. | CDN file photo

CEBU CITY, Philippines — Instead of using cash cards, the Cebu City government is planning for a house-to-house distribution scheme for the senior citizens’ financial assistance.

Cebu City Mayor Edgardo Labella announced on Monday, April 13, 2020, that they would be delivering cash aid to the houses of around 82,000 elderly in the city starting this April 25, 2020.

“We are going to distribute the senior citizen’s assistance in their residences with the assurance from our barangay officials (to help in the distribution),” said Labella.

The decision of the city government to do house-to-house distribution developed after they met with representatives from Landbank.

However, Labella said the process of applying ATM cards could take longer than expected.

He added that officers from the state-ran bank are asking them to furnish all application forms and photos of those who would be benefitting from the cards.

The mayor is also appealing for the beneficiaries to be patient in receiving their aid, adding that the whole distribution process could take up to several weeks.

(I appeal to our senior citizens to be just a little more patient. We will deliver your financial aid to your homes but we cannot do this in one day.)

He said that the city government was ironing out several guidelines for the distribution.

Each beneficiary is entitled to receive P2,000 worth of cash assistance for the months of March and April./dbs