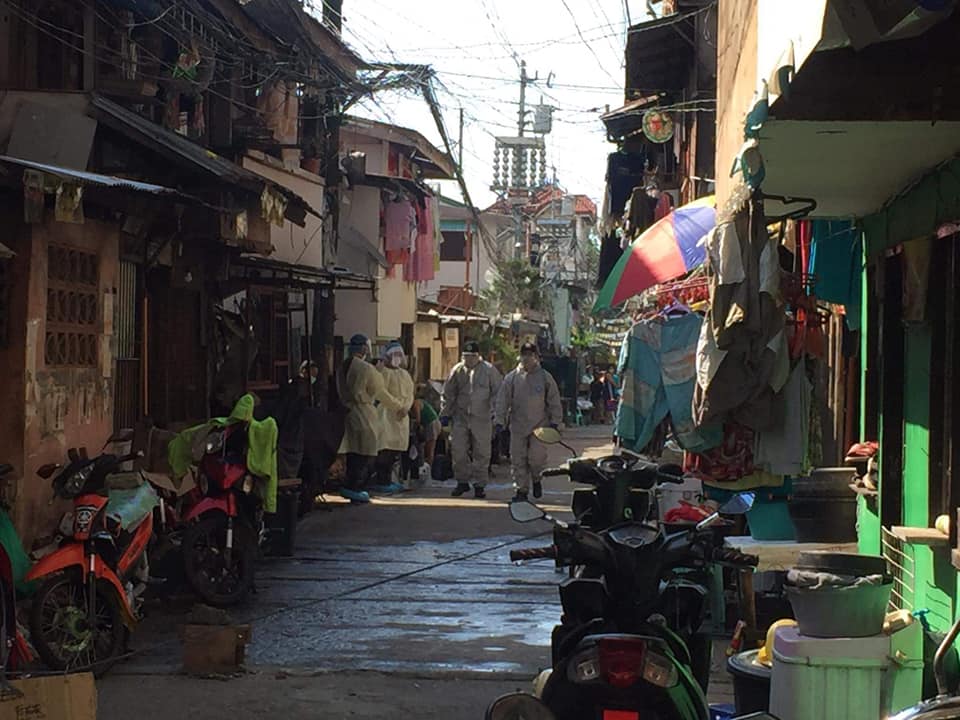 CEBU CITY, Philippines – More law enforcers will be deployed in Sitio Zapatera, Barangay Luz in Cebu City where health officers have found out over 50 individuals infected with the coronavirus disease 2019 (COVID-19).

Police Brigadier General Albert Ignatius Ferro announced that the Armed Forces of the Philippines (AFP) from the Central Command (Centcom) expressed willingness to help in enforcing the lockdown in the sub-village.

Ferro made this announcement in a teleconference with members of the media on Thursday, April 16, 2020.

“The AFP will be augmenting us soldiers to implement the ECQ in the hotspot areas, especially Sitio Zapatera. So, we will expect more military and police to patrol these places every night,” said Ferro.

As of Thursday, the Cebu City Government has recorded 53 individuals confirmed to have COVID-19 in the sitio which houses over 9,000 individuals or 800 families. Sitio Zapatera is identified as an urban poor community sitting a few meters away from some of the city’s busiest business districts.

More policemen from the Cebu City Police Office (CPPO) have been assigned in the area as part of the government’s measures to contain the spread of the virus.

Meanwhile, Ferro said none of their policemen have reported on showing symptoms of the disease as they are tasked to guard locations where COVID-19 cases are found.

He added that they are now conducting an inventory on their current supply of personal protective equipment (PPE) to determine if they have enough to last in the coming weeks.

Residents of Sitio Zapatera, the largest among 15 sitios of Barangay Luz, reportedly took to social media to air out their grievances as they have been placed under lockdown since April 7, 2020.

Posts from an anonymous resident are now circulating online, calling for officials from the city government and the Department of Health (DOH) to address the growing number of COVID-19 cases in their neighborhood.

The city government attributed the rising number of COVID-19 cases in the area to the massive testing being conducted. /rcg