Mass testing continues for Sitio Zapatera, rest of Brgy. Luz to be tested 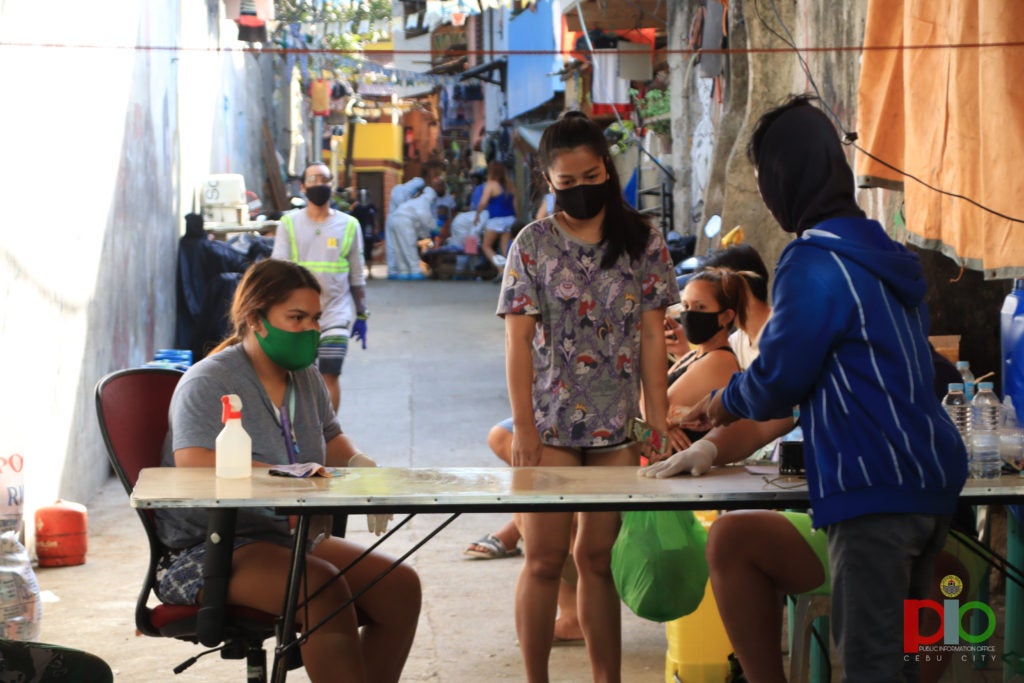 CEBU CITY, Philippines — Mass testing for Sitio Zapatera in Barangay Luz will not stop amid the declaration that the entire sitio is already coronavirus disease 2019 (COVID-19) infected.

Cebu City Health initially declared on Thursday evening, April 16, 2020, that they have stopped the testing following the declaration of the Department of Health (DOH) of sitio infection.

However, Mayor Edgardo Labella said on Friday, April 17, 2020, that the DOH would be conducting expanded mass testing in Sitio Zapatera and the rest of the barangay.

The testing has to be continued to know, who are infected, and isolate them from the community, reducing the risk of the spread of the infection.

The mass testing would also be more precise in Sitio Zapatera for the identification of more infected individuals.

In previous statements, City Health Officer Daisy Villa, said they would want to test in Sitio Cabantan, which is the center of the barangay where the barangay hall is located and other barangay offices.

Cabantan is also the closest sitio next to Zapatera and the chances of the spread of the virus is high in the particular sitio.

He said the health officers had been provided with all the gear they would need to safely administer the mass testing.

The DOH also announced in a national press conference on Friday afternoon that although Sitio Zapatera had been considered infected, the residents were not automatically counted in the actual number of COVID-19 cases.

The expanded mass testing will be conducted to identify the actual infected individuals. Still, the entire sitio will be subject to a total lockdown and quarantine. /dbs