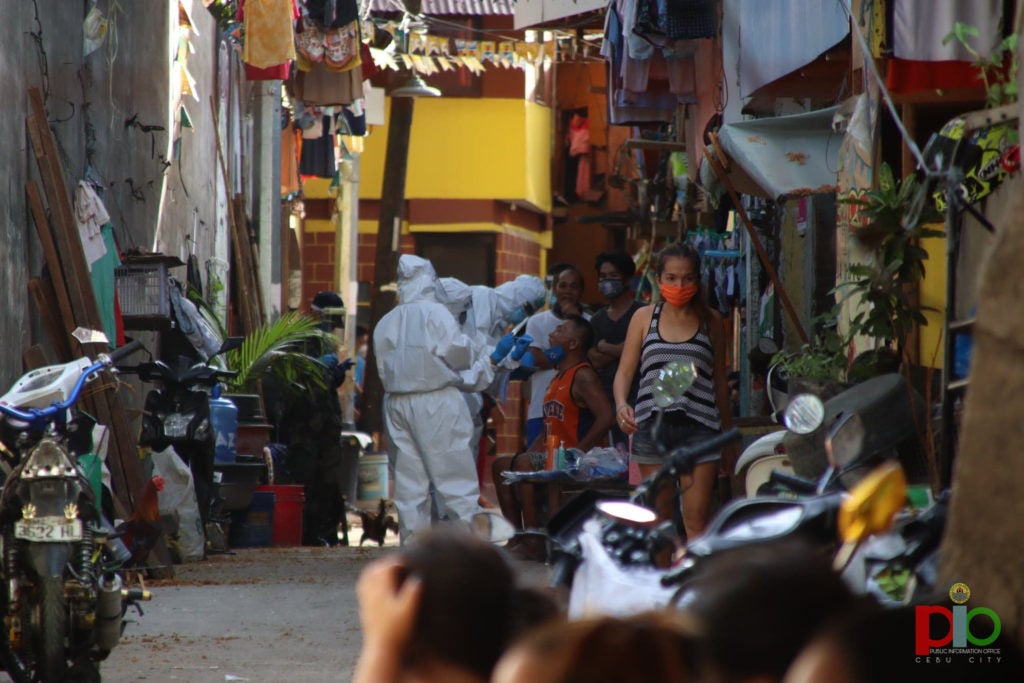 CEBU CITY, Philippines — Cebu City Mayor Edgardo Labella has ordered the lockdown of the entire Barrio Luz, a northern barangay in the city, following the rapid increase of coronavirus disease 2019 (COVID-19) cases in the area.

The mayor ordered the immediate lockdown of Barangay Luz in order to contain the spread of the virus. Sitio Zapatera is heavily guarded by the police and the military to prevent movement in and out the sitio.

“We are placing the entire Barangay Luz under total lockdown,” said the mayor.

This means over 30,000 residents of the northern barangay can no longer leave the area until the lifting of the lockdown.

Their movement is only limited within the jurisdiction of the barangay and the enhanced community quarantine pass (ECQ) will no longer be honored.

The marching order for both officials and residents is to stay put at home until the lockdown is over.

Luz Barangay Captain Ronelio Sab-a expressed concern on the lockdown as they had been caught off guard by the announcement.

(We are not ready for a lockdown. Hopefully, we can talk with the mayor because we never got a chance to talk about it. We have not yet settled the problem in Sitio Zapatera and now the entire barangay is under lockdown?)

Labella has also already ordered the isolation of all 134 asymptomatic cases from Sitio Zapatera in the nearby Barrio Luz National High School.

This despite the appeal of the City Health Department not to isolate the infected individuals in an ill-equipped school.

The mayor said this was only a temporary isolation area as they were asymptomatic.

If they begin to feel any symptoms, they will be transferred to a medical facility or one of the quarantine facilities of the city including the Bayanihan Quarantine Center, Cebu City Medical Center, or Block 27 in the North Reclamation Area.

The mayor promised that Barangay Luz could ask for additional financial assistance if the P2 million they initially received would not be enough for the families.

“Pwede pa sila mangayo if kulangan. (They can ask for more money if they need to),” said the mayor.

In Barangay Labangon, Cebu City, two new cases were recorded, three days after one proved positive to the virus in Sitio Sto. Niño along A. Lopez Street.

Labella has ordered intensified monitoring and control in the affected sitios in Labangon.

City Health Officer Daisy Villa is hopeful that the virus will not spread as fast in Labangon is it did in Luz. The three cases were immediately isolated and contact tracing is being done./dbs

Read Next
CPPO vows to work harder amid gov’s support