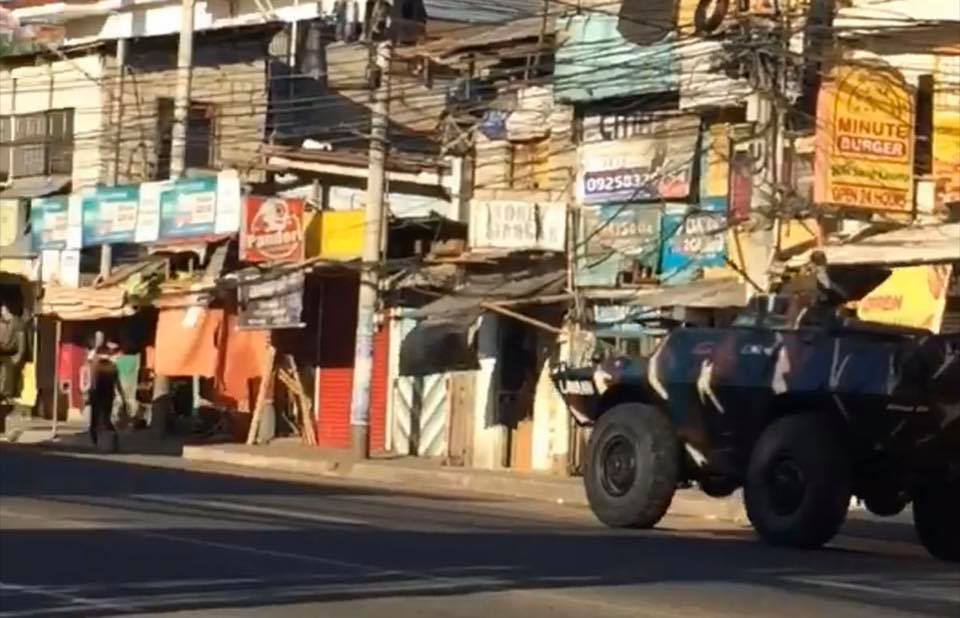 A military tank has been deployed to control the borders of Sitio Zapatera in Barrio Luz, Cebu City. | Photo courtesy of Mayor Edgardo Labella

CEBU CITY, Philippines — Barangay Luz chief Ronelio Sab-a is appealing to the Cebu City Health Department (CHD) not to stop the mass testing for residents in Sitio Zapatera after 53 cases have been recorded in the area.

Sab-a told CDN Digital that there are more or less 10,000 residents in Sitio Zapatera but only 360 individuals were tested. This is less than 14 percent of the population and could not represent the entire sitio, or sub-village.

(They cannot just stop the mass testing in Zapatera. We really have to appeal that the testing be continued because they only tested a small portion of the population.)

Sab-a is concerned with the announcement of Sitio Zapatera being infected as a whole would simply further spread the virus in the sitio instead of containing it.

The barangay officials have already written to Mayor Edgardo Labella to continue the mass testing and contract tracing.

The village chief said the situation in the sitio needs more control of the virus, and not just simply letting things be.

For Councilor Maynard Salinguhay, the announcement of the CHD and the Department of Health is unfair for the people of Barrio Luz and Sitio Zapatera when they have been following the lockdown measures properly.

He said the barangay deserves to know the basis of the DOH’s pronouncement over the state of Sitio Zapatera.

“Another frustration sa barangay, kung naay update regarding Sitio Zapatera ang DOH, pirmi mi mauwahi makahibaw. Ang among hangyo, tabangi mi. (One of our frustrations in the barangay is that if there are announcements regarding Zapatera, we are the last to know. We appeal, please help us),” said Salinguhay.

Barrio Luz’s officials demands an explanation from the DOH and CHD on the implications of stopping the mass testing. /bmjo