MANILA, Philippines — The spokesperson of the Armed Forces of the Philippines (AFP) on Sunday confirmed the existence of an internal memo to the Philippine Air Force (PAF), where it described a “martial-type role” for the members of the military and police in enforcing the Luzon-wide enhanced community quarantine.

The document that was issued, however, was for the “purpose of providing advance information to give guidance to personnel—in this case the PAF,” AFP spokesman Brig. Gen. Edgard Arevalo said in a statement. 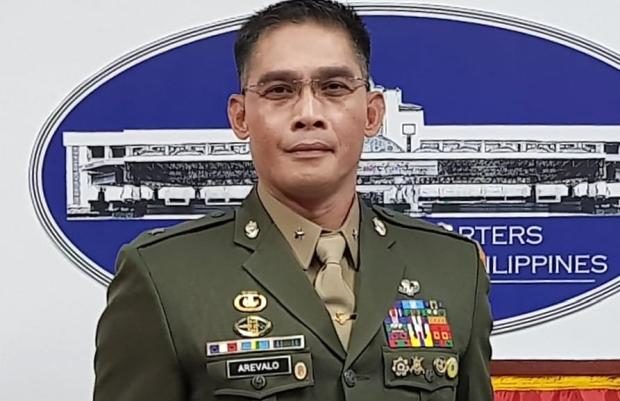 The memo was in line with President Rodrigo Duterte’s statement that he would order military and police personnel to enforce “martial law-like” lockdown measures to control the increase of enhanced community quarantine (ECQ) violations.

According to data from the Philippine National Police (PNP) as of Saturday, a total of 126,302 violators of the ECQ were either fined, apprehended or warned.

“But it is incumbent and customary on the part of the leadership of the Philippine Air Force, and the AFP under General Felimon Santos Jr,  for that matter, to exercise its initiative of alerting and preparing our personnel including [rules of engagement].”

“Again, the context is: Sinabi na ni Presidente na magprepare ang AFP for deployment with the PNP in case people will continue to defy the protocols and disobey the rules,” Arevalo further stated.

(Again, the context is: the President said that the AFP should prepare for deployment with the PNP in case people would defy the protocols and disobey the rules.)

“The order or instruction has been broadcast live nationwide,” the AFP spokesman said, referring to Duterte’s statement.

“The AFP took cognizance of the order and already prepares for it even before the order to deploy is given. That, we suppose, makes the AFP unique and dependable as an institution because of initiative and foresight. We take orders and know which are specific tasks and which are implied.”

“We believe there is nothing to be alarmed about in this natural reaction of the AFP to prepare and deploy, when it becomes necessary,” he added.

Luzon was placed under ECQ as cases of the coronavirus disease 2019 (COVID-19) continue to rise.