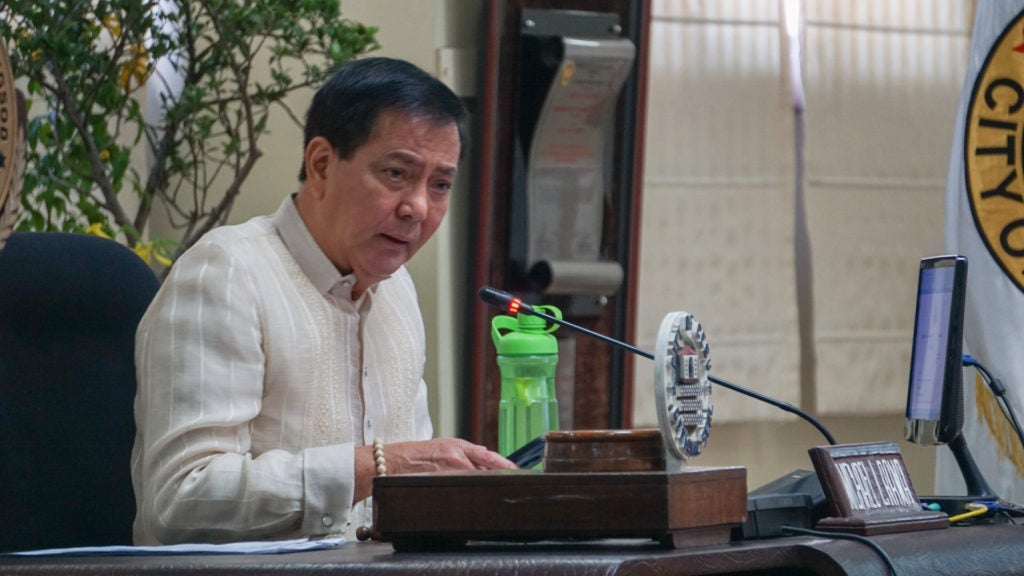 Rama said that the crisis could have been better handled if Labella involved the legislative department which he heads.

He said in an FB post that the mayor, on his own, cannot run the affairs of the city, something that is remotely possible under the Local Government Code.

“Mangita silag kwarta, apil ta. Karon pag-abot aning mga policia, wa tay labot. (When they need money, they include us. When it comes to policies, they disregard us.) These are practical matters that really require in aid of legislation, our participation. Otherwise, we will have to declare that we are nobody anymore, and let the City of Cebu be run by executive order. Then let’s see how will the executive move,” said Rama.

Labella has not issued any comment on Rama’s criticisms as of this writing.

Rama also questioned recent decisions that Labella made in his handling of the COVID-19 crisis.

The transfer of COVID-19 patients from Sitio Zapatera in Barangay Luz to a nearby quarantine facility, which was made only Tuesday night or a week since more than 100 cases were reported in the thickly populated community, was a wrong move.

Rama said the transfer of virus-infected residents should have been done the soonest possible time.

He said that the failure of the city government to immediately transfer the COVID-19 patients was a major contributor to the spread of the virus.

“Why did the city fail to pull out the infected from Barangay Luz endangering the rest of the community?”

Rama said that delays in the establishment of quarantine facilities when the city had ample time to do so before the outbreak started is a manifestation of the city’s lack of preparedness.

The quarantine facility that was set up at Block 27 at the North Reclamation Area, for example, has remained unfinished.

As early as January, members of the City Council had already called for the executive department of the Cebu City Hall to start its COVID-19 preparations.  They also called then for the implementation of social distancing and stay at home policy, but Labella had his attention focused elsewhere, he said.

Rama also questioned the at least seven Executive Orders that Labella signed since March.  He said that these contradict each other.  The vice mayor especially mentioned the city’s number coding and name coding schemes.

While the city’s number coding scheme prohibits private vehicles from plying city streets on Sundays, the name coding scheme allows those individuals with family names starting in V, X, W and Z to visit the Carbon Public Market Complex on the same day.

Rama said the executive department is making it difficult for these individuals to do their market visits because of the lack of private transport on Sundays.  The use of public transportation was also prohibited since the March 28 start of the implementation of the enhanced community quarantine (ECQ) in Cebu City.

The vice mayor said that the continuous release of EOs without prior consultation with the city’s legislative branch is also an insult and a blatant disregard of their existence.

(If we are together in this government, why don’t we talk? Why does the executive formulate its own policies when there is the legislative branch?  Maybe the mayor is unaware of this, but what he is doing is an insult to the Sangguniang Panglungsod.)

With the way things are going, Rama said there seems to be a need to remind Labella that the passage of legislation is a job that should be left for the City Council to do. / dcb