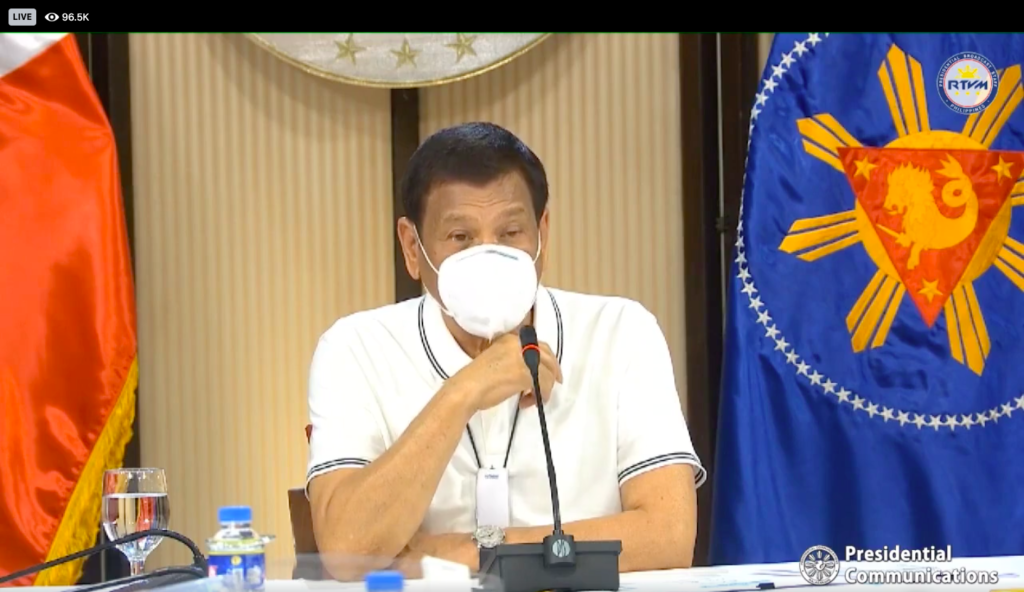 MANILA, Philippines — President Rodrigo Duterte has warned that he might declare martial law should lawlessness involving the communist rebels continue.

The President made the warning in a public address aired Friday as he lamented the killing of soldiers by the New People’s Army (NPA).

“Kinukuha ninyo ang tulong sa tao pati supply pagkain nila. Kaya I am now warning everybody and putting notice on this sa Armed forces and sa pulis. I might declare martial law. And there will be no turning back,” he added.