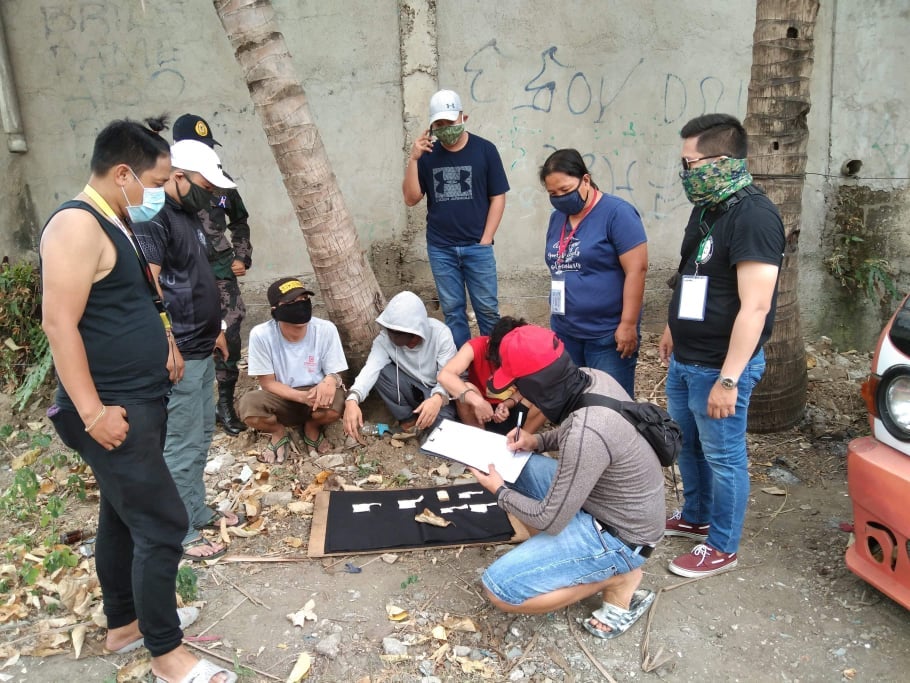 Pardo Police Station arrest three drug personalities, who were caught with P578,000 worth of suspected shabu, during a buy-bust operation in Saint Jude, Barangay Bulacao, Cebu City at past 3 p.m., on Monday, April 27, 2020. | Contributed Photo

CEBU CITY, Philippines — Pardo Police are now conducting further investigation on possible new drug group emerging in the area after big amount of suspected shabu were confiscated during their series of buy-bust operations.

This was the statement of Police Major John Kareen Escober, station commander of Pardo Police, after they caught three men in a buy-bust operation along Saint Jude, Barangay Bulacoa, here, past 3 p.m., on Monday, April 27, 2020.

The confiscated illegal drugs weighed at least 85 grams worth P578,000.

This was the second largest amount of suspected shabu confiscated following the P27.8 million worth which was on Sunday, April 26, in Barangay Poblacion Pardo.

“Verifications were made and many individuals were able to disclose about his illegal activities,” said Escober.

The police chief also said that they had a name of an alleged supplier of the three suspects but he did identify the supplier because an ongoing followup investigation was still being conducted.

The three drug suspects were detained at the Pardo Police Station pending the filing of charges./dbs