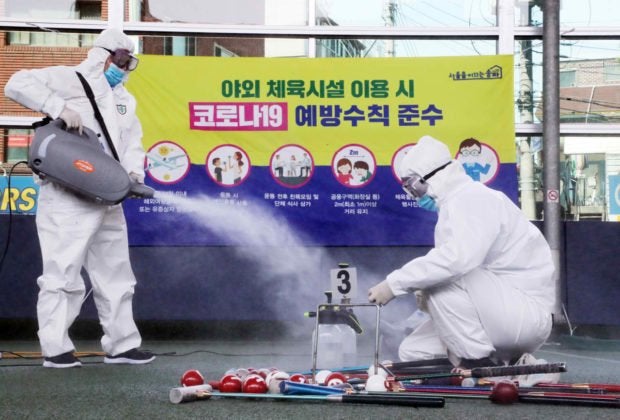 SEOUL — South Korea on Thursday reported four new confirmed cases of COVID-19, all of which were imported from overseas, marking the first time in 75 days that zero local community infections were reported.

The total number of confirmed cases in Korea stood at 10,765 as of midnight, the Korea Centers for Disease Control and Prevention said.

The daily number of confirmed cases has ranged between six and 14 since it dropped to 18 on April 18.

All of the four new cases were confirmed at the airport.

One patient died on Wednesday, bringing the total number of COVID-19 deaths to 247.

Also on Wednesday, 137 people were released from quarantine upon full recovery, bringing the total number of fully recovered people to 9,059 and recovery rate to 84.2 percent.