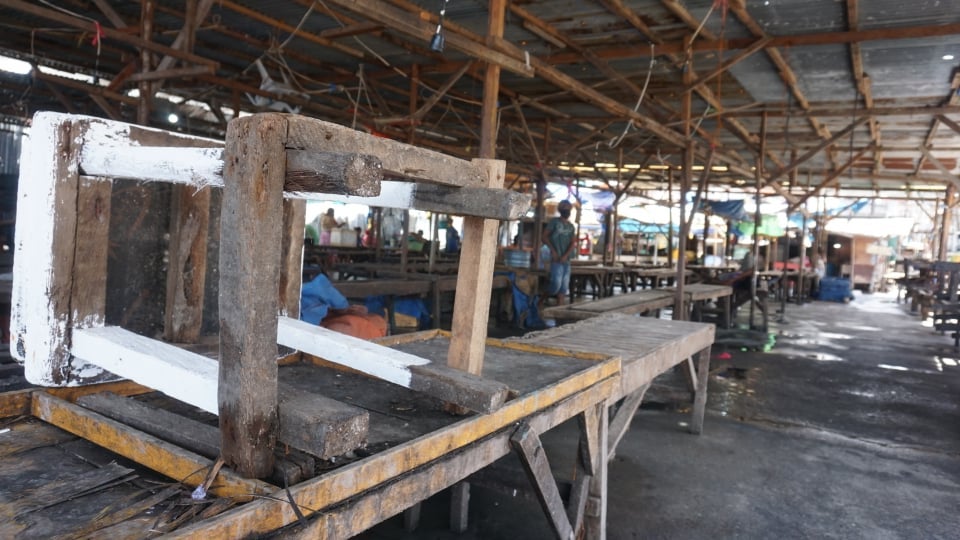 The Fish Port in Barangay Suba will be indefinitely closed starting midnight because of the rising coronavirus disease 2019 (COVID-19) cases in the barangay. | CDN file photo

CEBU CITY, Philippines — Barangay Suba is the home of one of the most important fish ports in Cebu city providing one of the major sources of seafood in the city.

However, with the rising cases of the coronavirus disease 2019 (COVID-19), Suba Barangay Captain Joel “Jojo” Sable told CDN Digital that it was high time to close it.

The major reason for the closure of  the fish port was the lack of manpower to secure it as Sable said at least 20 workers of the barangay were found to be positive of the virus.

(We lack the manpower. At least five or six tanods were found positive of the virus. It is difficult to work with the many cases in the sitios.)

Most of these are from areas surrounding the Suba Fish Port such as Abellana Street, General Gines Street, Belgium Street, Magsaysay Street, and Sto. Niño Street.

Sable said he had asked the city government and Mayor Edgardo Labella to close down the fish port for the safety of the residents.

(We understand the mayor is concerned that there will be a shortage of the supply of seafood, but the situation is dire. We already asked the mayor to close the fish port.)

“The closure will give way to the massive disinfection, contact tracing and COVID-19 testing activities of the Cebu City government in the area. We ask for your support and understanding as we unite to fight this invisible enemy,” said the mayor.

Meanwhile, Sable said there was no barangay isolation center (BIC) in Suba and the positive patients would need to be transferred to Duljo for isolation.

The transfer can be difficult for the residents, but the barangay tries to help despite the lack of manpower.

Sable urged kind-hearted individuals to donate food, underwear, vitamins, and drinking water to the patients because these were what they needed the most.

Suba is not the only barangay with new cases on May 2, 2020 as the City Health Department revealed eight new cases in  Centro, Barangay Mambaling; one case in Upper Bacayan, and another case in Sitio Lusimba, Barangay Poblacion Pardo.