WHO cautions against use of Madagascar anti-virus potion 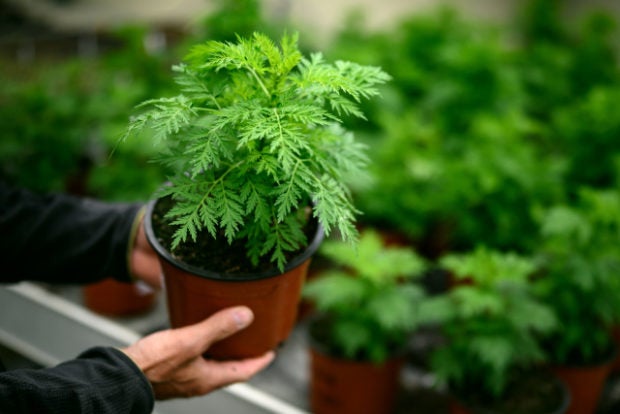 The World Health Organization on Thursday advised governments to clinically test a herbal drink touted by Madagascar’s President Andry Rajoelina as a remedy against coronavirus.

The Covid-Organics infusion is derived from artemisia — a plant with proven anti-malarial properties — and other indigenous herbs.

Rajoelina hopes to distribute the infusion across West Africa and beyond, claiming it cures COVID-19 patients within 10 days.

Equatorial Guinea, Guinea-Bissau and Niger have already received consignments of the potion. Others such as Tanzania have expressed interest.

But WHO has repeatedly warned that there are no published scientific studies of the herbal tea and that its effects have not been tested.

“We would caution and advise countries against adopting a product that has not been taken through tests to see its efficacy,” WHO Africa director Matshidiso Moeti said in a press briefing on Thursday, calling on Madagascar to take the drink “through a clinical trial.”

Moeti said that in 2000, African governments had committed to taking “traditional therapies” through the same clinical trials as other medication.

“I can understand the need, the drive to find something that can help,” Moeti said. “But we would very much like to encourage this scientific process in which the governments themselves made a commitment.”

“Our scientists would be able to assist with this research,” Mkhize tweeted, adding that South Africa would only “get involved in a scientific analysis of the herb.”

The country has the highest number of coronavirus cases in sub-Saharan Africa, with 7,808 infections and 153 fatalities recorded to date.

Neighboring eSwatini — a tiny landlocked nation wedged between South Africa and Mozambique — said it would not consider Rajoelina’s tonic for the time being.

“It is important as a country to first ascertain where such herbal products have been tested,” she said Health Minister Lizzie Nkosi on Thursday. “We have to do adequate proper research and be sure that the product works.”

To date, eSwatini has reported 123 cases of coronavirus, including two deaths.

Meanwhile, the Economic Community of West African States (ECOWAS) has debunked claims that it had ordered a package of Covid-Organics from a “third country.”

“We are aware that several claims of a COVID-19 cure have been made in different parts of the world,” ECOWAS said in a statement on Wednesday. “But we can only support and endorse products that have been shown to be effective through scientific study.” RGA

Read Next
Mandaue City to residents: You can volunteer to be tested

TAGS: AGAINST, anti-virus, cautions, Madagascar, potion, use, WHO