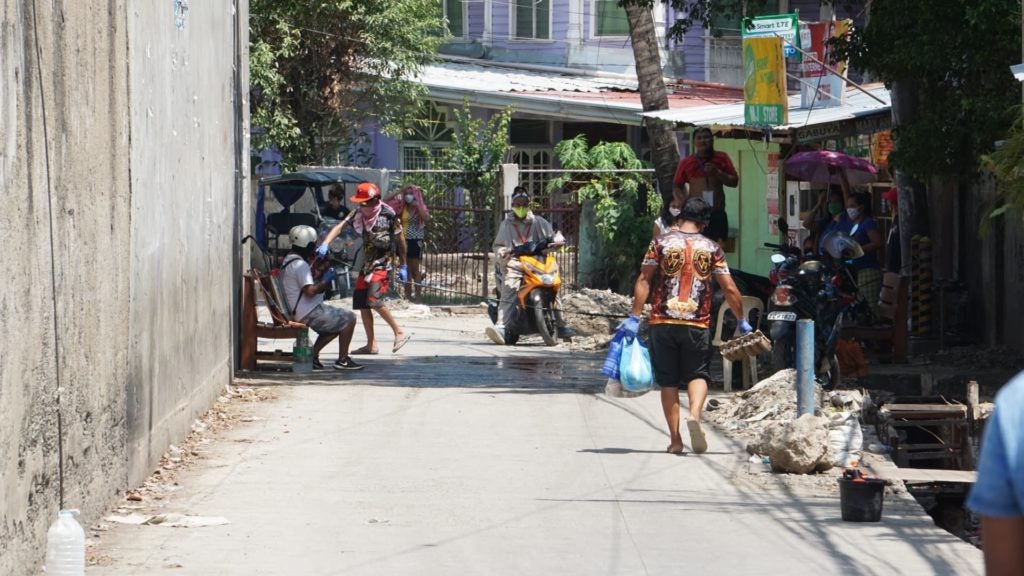 A photo from an area in Alaska Mambaling, which has been placed under lockdown because of rising cases in the area. CDN Digital photo | Gerard Vincent Francisco

CEBU CITY, Philippines – Around 400 individuals from Alaska Mambaling, Cebu City who tested positive of coronavirus disease 2019 (COVID-19) have yet to be transferred to the designated Barangay Isolation Centers (BICs).

Lawyer Gines Abellana, Mambaling Barangay Captain, confirmed that most asymptomatic patients from their village are not keen on transferring to the Mambaling Elementary School, the designated BIC in the area, due to various reasons.

“Some of them wanted to do home quarantine, some think that the isolation center is not prepared, and there are also some saying they are healthy and are not experiencing any mild to severe symptoms,” Abellana told CDN Digital in a phone interview.

He said that more than 90 percent of the village’s 601 COVID-19 patients are asymptomatic, and whose health remains in stable condition.

Abellana said barangay officials are now roving around the sitios (sub villages) where the COVID-19 patients are residing, urging the patients to stay at the BIC.

“We’re encouraging them to stay in our isolation centers in line with the city’s efforts to contain the virus and prevent it from spreading further. We’re hoping they will abide by the city’s request by Monday afternoon,” Abellana said in Cebuano.

However, the village chairperson admitted that the lack of beds needed to accommodate all asymptomatic patients in the nearest BIC posed as a challenge for them in doing the transfer.

“Mambaling Elementary School can only accommodate 250. This is why some opted to do home quarantine instead,” said Abellana.

The Cebu City Government on Sunday, May 10, 2020 also tried to encourage the residents in Alaska Mambaling, a densely populated urban poor community, to allow health officers in transferring them to a designated BIC. The attempt was also broadcasted through Facebook Live.

The city has converted a total of 19 public schools as BICs to house asymptomatic COVID-19 patients. The BICs form part of their efforts in limiting the transmission of the virus to other areas.

Meanwhile, Abellana said they are now requesting officials from the city government to donate several cooking stoves instead of packed meals for patients who remain under home quarantine.

“Stoves would be of great help for them so that they can cook their meals without the need to wait for donation. At least while they remain under home isolation, they can cook whatever they want,” he added.

The village chief also said their situation is “peaceful and orderly” so far, adding that their office has not received any reports of residents getting unruly due to the lockdown imposed.

Officials and health experts attributed the city’s continuous increase to the massive testing being conducted, coupled with the recent expansion of the testing laboratories here. /bmjo

Read Next
CDN POLL: Most netizens against possible ECQ extension