PRO-7 vows to help with recovery of 16 cops, 5 civilians from San Nicolas Station 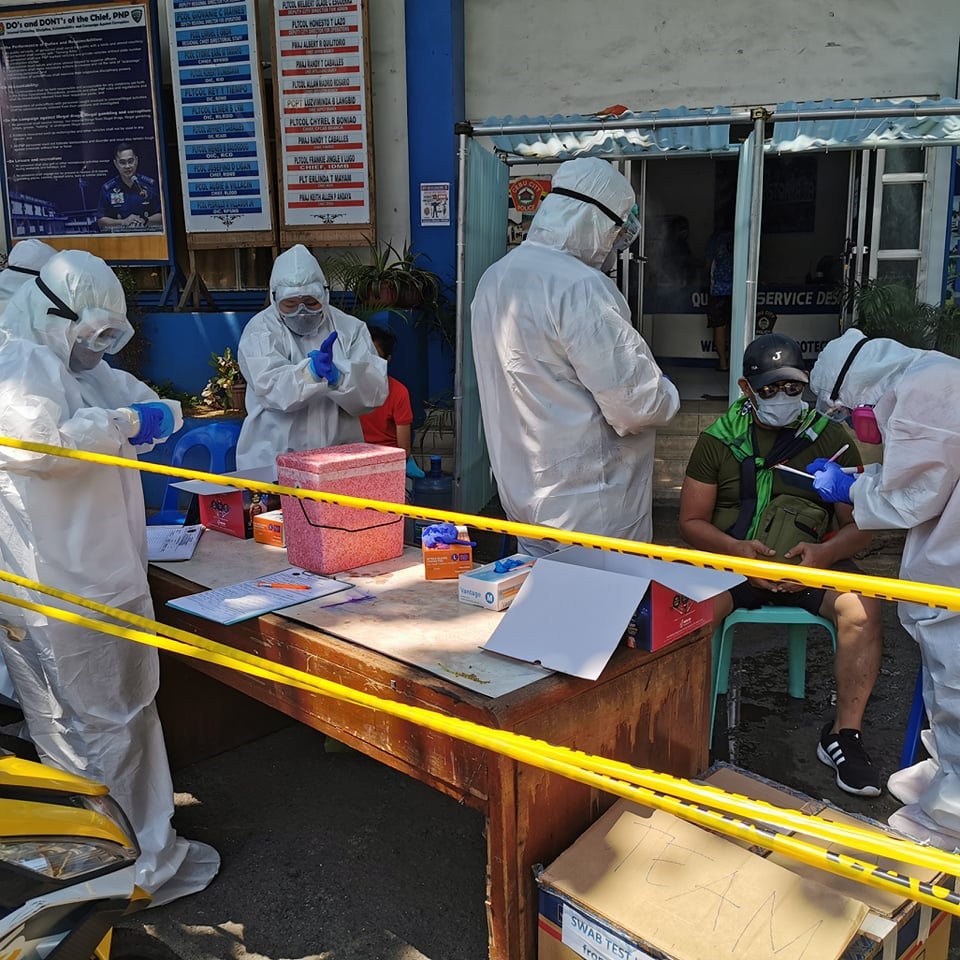 Personnel from the Cebu City Health Department undergo disinfection after collecting swab samples from more than 50 police officers at the San Nicolas Police Station, where two detainees were confirmed to have COVID-19. | Photo courtesy of Councilor Dave Tumulak

CEBU CITY, Philippines — “We will not be leaving them behind.”

This was the promise made today, May 12, 2020, by Police Brigadier General Albert Ignatius Ferro, director of Police Regional Office in Central Visayas (PRO-7) to the 16 policemen and five civilians of the San Nicolas Police Station in Barangay Sawang Calero, here, who tested positive of coronavirus disease 2019 (COVID-19).

Last May 6, all of the 56 policemen from the San Nicolas Police Station were put under quarantine after it was learned that two persons who were arrested by personnel from said police station tested positive of COVID-19.

According to Ferro, they will make sure that they will be with the police personnel all the way until they will recover from the virus.

Ferro said he will be sending a steamer which the men could use while they are being treated at the Don Vicente Rama National Highschool where they are currently isolated.

He also added that there will be personnel from the Regional Health Service (RHS) who will be constantly providing psychological intervention to the police personnel in order to help them feel less anxious about the situation.

Meanwhile, Police Colonel Josefino Ligan, chief of Cebu City Police Office (CCPO) said that they have set up a virtual police station fronting the San Nicolas Police Station so that those who have complaints could still file charges.

Ligan said that at least 48 personnel from the augmented units are manning the station while the San Nicolas policemen are still under quarantine. /rcg