Only 28 samples from Cebu island tested for May 15 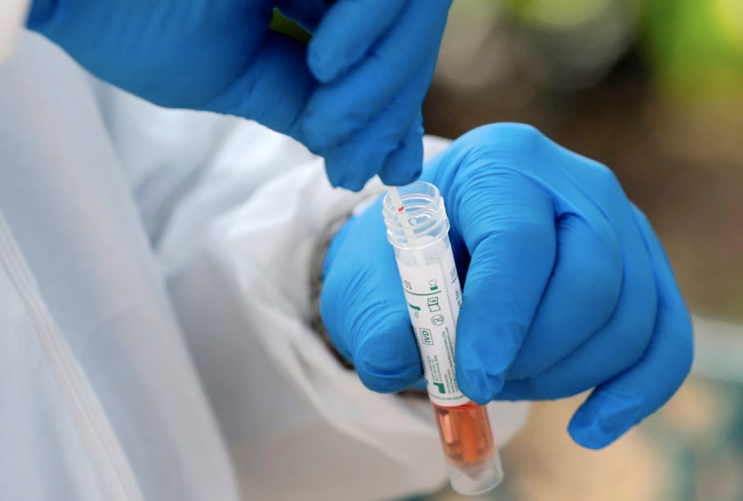 A medical worker places a swab in a vial while testing for COVID-19 a homeless person in Miami, Florida. In the Philippines, particularly in Cebu Island in Central Visayas, the local government units here are gearing up for targeted mass testing to be implemented soon. | AP photo

CEBU CITY, Philippines — Cebu, as an island, has examined 28 samples for coronavirus disease 2019 (COVID-19) on Friday, May 15 — which is lower compared in the previous days since aggressive and massive tests are being conducted.

Cebu Governor Gwendolyn Garcia, in a meeting with all mayors in Cebu held at the Balamban Municipal Hall in Balamban town, announced that only one of the 28 specimens tested positive of COVID-19.

The new COVID-19 case recorded for Friday is an inmate from Mandaue City Jail. As a result, there are no new coronavirus cases reported for the cities of Cebu, Lapu-Lapu, and Cebu province.

“Of the 28, the total negative is 27. There’s only one positive. And the positive new case is from Mandaue City BJMP (Bureau of Jail Management and Penology). There are only 28 results (produced). It’s only a few,” Garcia said in Cebuano.

The 28 samples tested included 12 from Cebu province, 7 from Cebu City; 3 from Lapu-Lapu City; and 4 from Mandaue City.

Since Cebu City has rolled out massive testing last April, and other local government units in the province have aggressively strengthened their surveillance, an average of no less than 100 samples were ran and examined at the subnational laboratory here./dbs