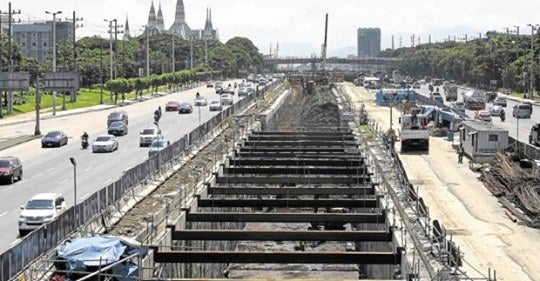 MANILA, Philippines — The budgets for education and infrastructure have been slashed as the government scrambled for funds for dole-outs and medical response to the COVID-19 pandemic gripping the country, the Department of Budget and Management (DBM) data showed.

The Bayanihan to Heal as One Act allowed President Rodrigo Duterte to realign budget items.

As of end of April, the Department of Public Works and Highways (DPWH) suffered the biggest cut of P121.9 billion, reducing its 2020 budget to P458.9 billion from P580.9 billion previously.

The huge cut in the DPWH’s budget seemed out of sync with the economic team’s plan to ramp up infrastructure spending to enable the economy, which declined by 0.2 percent in the first quarter, to quickly recover.

Economic managers had said that one way to post a “V-shaped” recovery would be through the ambitious “Build, Build, Build” infrastructure program, which the government was currently reviewing.

Budgets for state universities and colleges sustained a P7.6-billion reduction in their 2020 allotments to a smaller P66.1 billion.

These budget cuts on education agencies and institutions came at a time when public schools needed to adjust to online means of learning amid a “new normal” of social distancing before classes start in August.

In all, government departments suffered a net cut of P5.3 billion in their budgets.