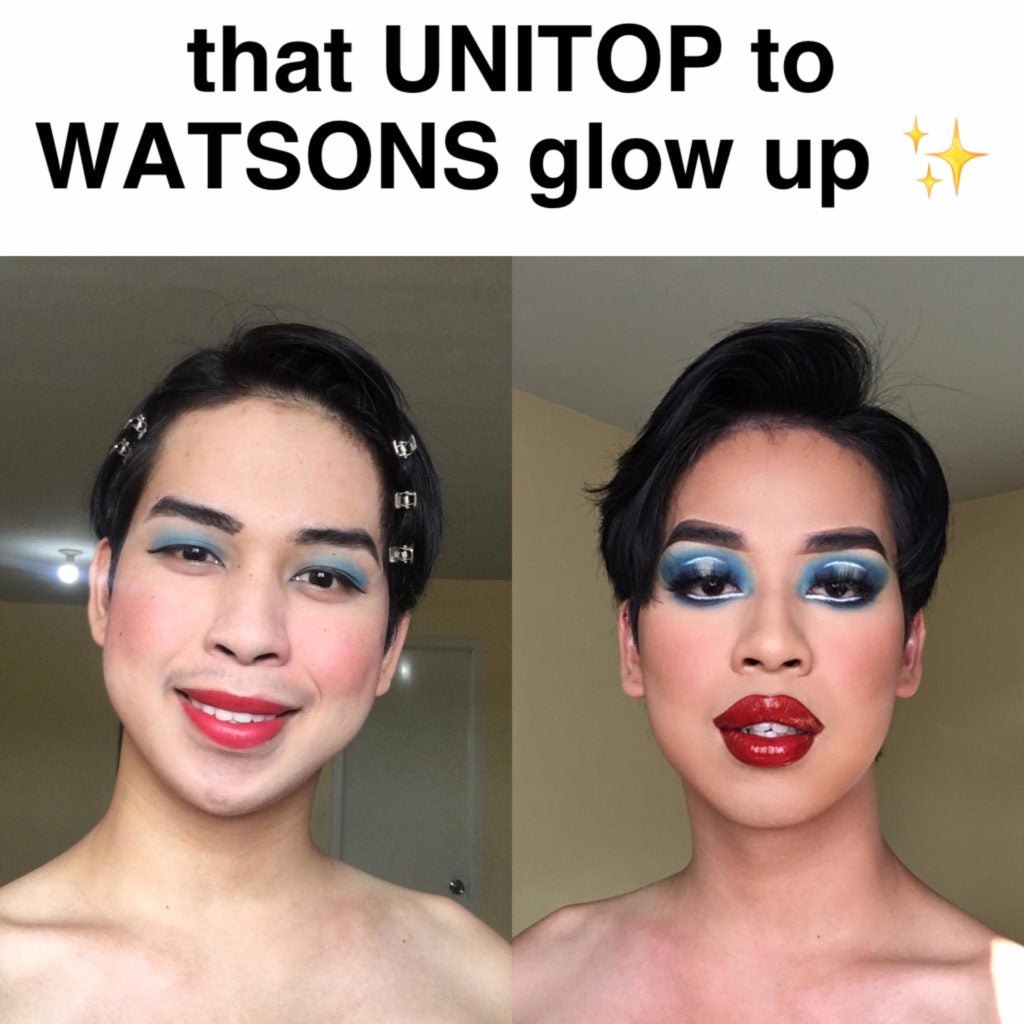 CEBU CITY, Philippines— Everyone has their fair share of glow-up stories.

And in this story, you’ll be amazed by how this young talented makeup enthusiast went from simple to elegant chic.

Carl Cee, 23, a native of Davao City, shared on his Facebook account on Wednesday, May 13, how he went from a beginner to an excellent makeup artist.

“I was coming from the idea of Growth and Transformation of a Makeup Enthusiast like I am. For the past weeks, I have been looking back at photos of my earlier attempts to play with makeup, and I have been so inspired with how things have changed since. It was humbling to recall those days and it’s so inspiring at the same time to see how much I’ve learned from then,” he said.

In the photo you can really tell the difference, and how much Cee has already improved from using what he used to buy in some cheap makeup store.

Cee who has been a makeup enthusiast for years said that there’s no shame in starting from those more affordable makeup kits for practice and slowly level up into something more pricey but would give you a better quality.

“The story behind the post is actually not as funny as how it comes across. Though, it was my intention to inject humor into it,” said Cee.

So, what’s your glow-up story? /dbs

Read Next
Cebu biz groups: PBB is our passport to new normal