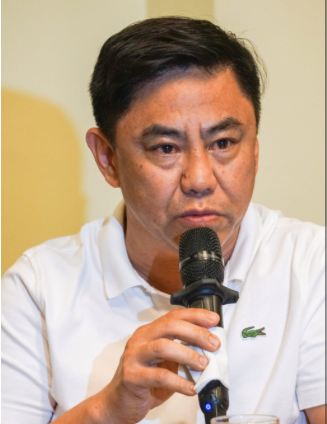 Lapu-Lapu City Mayor Junard Chan says tricycle drivers and operators are asking for a P15 to P30 fare per person during the general community quarantine of the city. | CDN Digital file photo

CEBU CITY, Philippines— Public transportation drivers and operators from Lapu-Lapu City met with city Mayor Junard “Ahong” Chan Monday, morning, May 18, to discuss their proposed fare during the implementation of the General Community Quarantine (GCQ) in the city.

Chan said during their public hearing that this was the chance for the drivers to propose their ideal fare especially for the tricycle drivers in the city.

During the public hearing, the group of tricycle drivers proposed their ideal fare during the GCQ.

They will still have to determine the destinations that will best fit the proposed fare by the tricycle drivers.

He said that they still had to present this to the riding public and would have their decision with this proposal by Thursday, May 21, 2020.

(For the tricycles, we would know what the base fare would be this Thursday since the session would still be on Thursday.)

Initially, only one passenger can ride in a tricycle without the extension at the back, but for those tricycle models with a seat at the back or what they call “back to back” tricycle, this model can carry two passengers, one in front and one passenger at the back.

With the busses and PUJs, Sayson made it clear that the city could have to comply with protocols of the Land Transportation Franchising and Regulatory Board in Central Visayas (LTFRB – 7).

“All decisions for busses and jeepneys will be according to LTFRB,” he said.

Read: No PUVs in Cebu granted special permits yet to operate

However, during the public hearing earlier it was made clear that all public utility drivers would be required to wear face masks and gloves.

The mayor also pleaded to the operators to understand the situation and help in this crisis by lessening the rent of their vehicles considering the current situation and that the gas prices had decreased over the course of this pandemic, so the drivers would not have a hard time in getting the needed rent in a day and to make a living under the GCQ.

They too would have to put plastic covers inside their vehicles to serve as barriers for their passengers.

(We will put plastic barriers so that the virus would not spread. The drivers are also required to wear gloves and masks.)/dbs