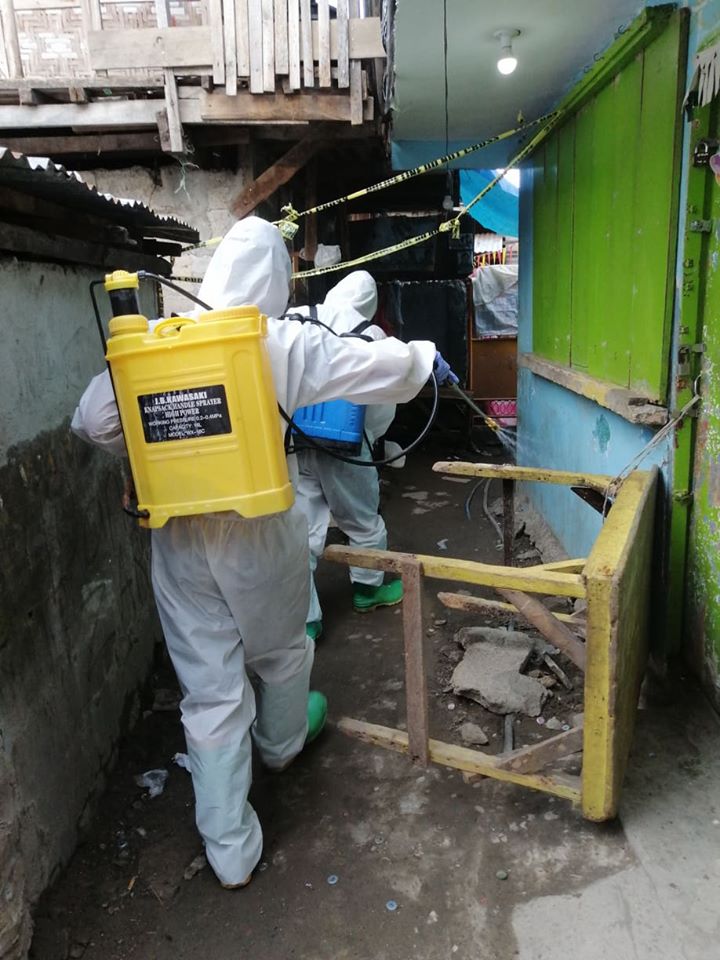 CEBU CITY, Philippines — Talisay City Mayor Gerald Anthony Gullas has ordered a lockdown in Sitio Magay in Barangay Tangke earlier today, May 23, 2020, following the discovery of seven cases of the coronavirus disease in the area.

In a statement which he posted on his Facebook past 7 p.m. today, Gullas said that his city logged 11 additional cases of the infection as confirmed by the City Health Department (CHD), not 12 as reported earlier by the Capitol.

Of the 11 additional cases, seven were reported in the densely populated Sitio Magay while two were close contacts of another COVID-19 patient.  The two others – PT20 and PT 21 – were new cases of the infection, Gullas said.

Gullas said that of the seven confirmed cases in Sitio Magay, six were identified through contact tracing which CHD did on the close contacts of PT 10 (Talisay City’s 10th confirmed COVID-19 case).  Swab test results for PT10, who was admitted to the hospital earlier this month, was released on May 13.

The seventh case was a new case involving another Sitio Magay resident – PT19.

Gullas earlier expressed worry that PT10’s infection could spread to others in their community.

The discovery of COVID-19 cases in Sitio Magay was one of the reasons why Gullas appealed to the Interagency Task Force on Emerging Infectious Diseases (IATF-EID) that they keep the city’ modified enhanced community quarantine (MECQ) status.

Gullas said that intensive contact tracing and swab testing will also be done in the area while Sitio Magay remains under lockdown.

Meanwhile, two more of the city’s 11 new cases of the coronavirus disease were also detected from contact tracing.  The two cases – PT8-1 and PT 8-2- were close contacts of PT8, a vendor at the Ramos Public Market in Cebu City, who now lives in Talisay City.

Both PT8-1 and PT8-2 have long been isolated and will now be transferred to a quarantine facility following the release of their swab test results, the mayor said on FB.

Other additions to the city’s COVID-19 cases were PT19, PT20, and PT21.  The three are new cases of the infection.

PT 19, a 16-year-old female patient who has also been admitted to the Talisay District Hospital (TDH) since May 14.  PT19 also comes from Sitio Magay, but CHD is yet to do contact tracing among members of her family.

“We will be ready to swab her close contacts ASAP. I am very concerned that we will have more positive cases in Magay because sikit gyud kaau toh didto (the area is very congested),” said Gullas.

PT20 is a 43-year-old male resident of Sitio Lower Cabanyan, Barangay Bulacao who works as a health worker.

“[But] he hasn’t been in Talisay since April 20. So we can be assured that there is no community exposure regarding PT20. He is currently at the Bayanihan Center in Cebu [City],” Gullas said on FB.

PT21, on the other hand, is a 45-year-old female from Sitio Dido, Barangay Linao. She was swabbed at the Talisay District Hospital and is now set for transfer to our quarantine facility following the release of her swab test results.

While the city government takes care of COVID-19 patients, Gullas urged other city residents to continue to pray that cases of the infection would already subside.  He also reiterated his earlier appeal for Talisaynons to stay at home to prevent the spread of the virus. / dcb

DepEd Mandaue reports ‘slight’ increase in enrolment due to pandemic

San Fernando to open school for children with ‘special circumstances’

Velasco to take over as Speaker on Oct. 14