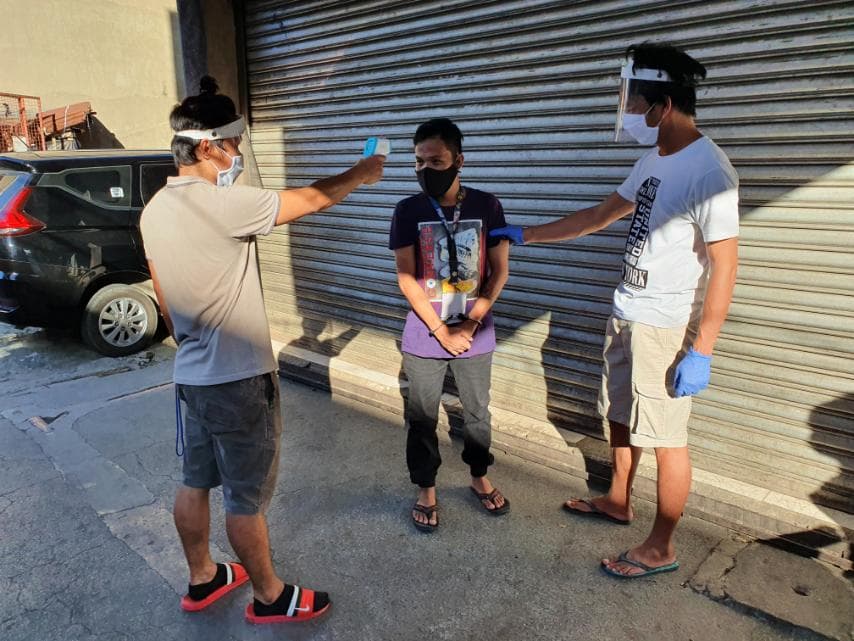 Police check with a thermal scanner the temperature of the 32-year-old man identified as Romil Lopez, who was arrested for possession of P340,000 worth of illegal drugs during a busy bust operation along Magallanes Street in Barangay Ermita, Cebu City, at 3 p.m. on Tuesday, May 26, 2020. | Photo from PDEA-7

CEBU CITY, Philippines — A 32-year-old man was caught with P340,000 worth of suspected shabu in a buy-bust operation conducted by the Philippine Drug Enforcement Agency in Central Visayas (PDEA-7) along Magallanes Street in Barangay Ermita, Cebu City on Tuesday afternoon, May 26, 2020.

The suspect was identified by the police as Romil Lopez, a resident of  Sitio Bato of the same village.

He will be facing charges for possession and trading of illegal drugs.

Leia Albiar Alcantara, spokesperson of PDEA-7, said Lopez was under monitoring for about three days after they received information about his illegal activities.

She said based on the information they have, Lopez is able to dispose at least one kilogram per week around the city.

The suspect is currently detained at the facility of PDEA-7 in Sudlon, Barangay Lahug here pending the filing of charges. /bmjo