Disney and other Florida theme parks to re-open in June, July 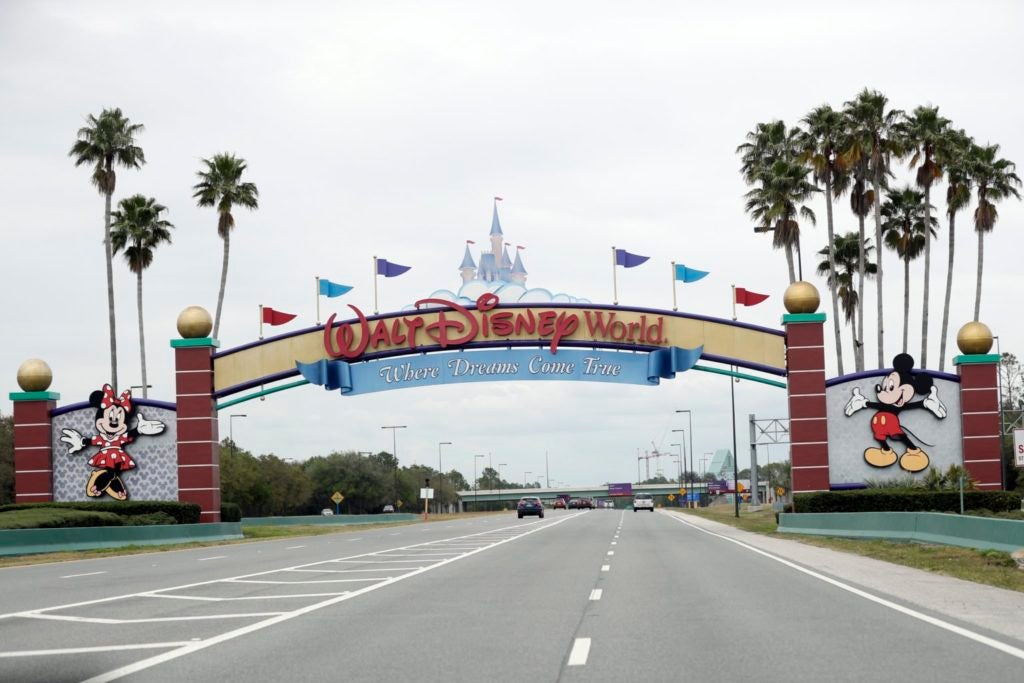 An empty road leads into a deserted Disney resort after it was closed due to the COVID-19 pandemic in Kissimmee, Florida on May 5, 2020. | Photo by Daniel SLIM / AFP

MIAMI — Maintaining social distancing and wearing masks, tourists visiting Florida will be able to take photos with Mickey Mouse again when Disney World reopens on July 11, a month after SeaWorld and Universal Studios are set to do the same, officials said Friday.

“Walt Disney World Resort and Sea World have received approval of their re-opening plans,” said Jerry Demings, mayor of Orange County, home to the city of Orlando where the parks are located.

Florida has green-lit the reopening of Sea World for June 10 and Walt Disney World for July 11, the mayor said.

The Disney parks “Magic Kingdom” and “Animal Kingdom” will open the same day, followed by the EPCOT center on July 15.

The Universal Studios theme park already has the approval to reopen on June 5, after the abrupt closure of Orlando’s theme parks in mid-March in a bid to slow the spread of the coronavirus pandemic.

“It may be different from the last time you visited,” Disney World’s website said. “But together, we can find new ways to create magical moments – and memories to treasure.”

Orlando, located in central Florida, is home to most of the state’s theme parks and draws millions of visitors from around the world every year.