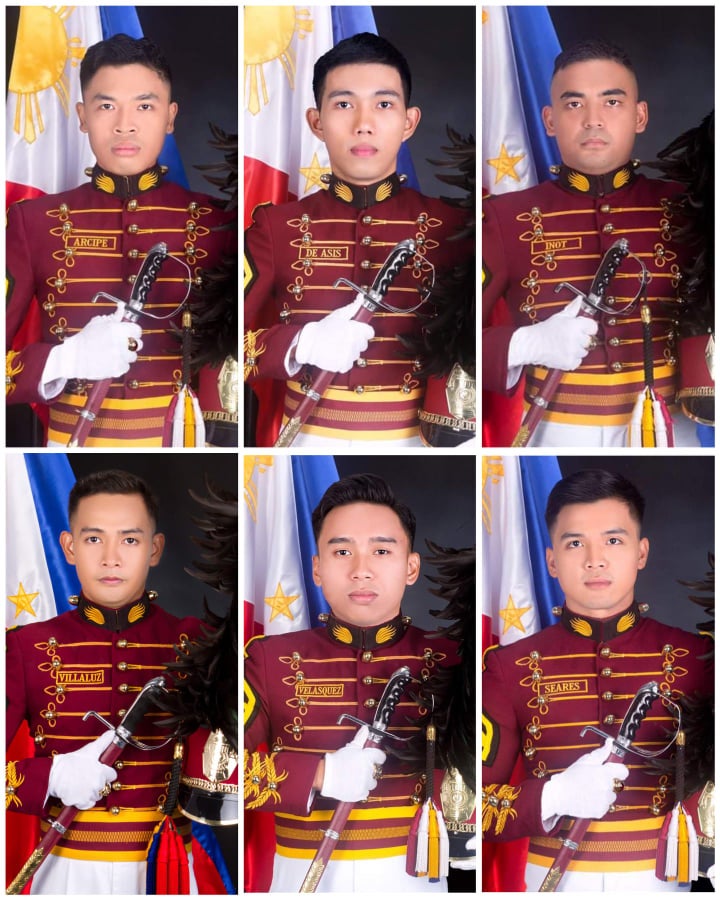 CEBU CITY, Philippines– The Philippine National Police Academy recently conducted their graduation ceremony on May 22, 2020, in Cavite, where six Cebuano graduates were among those 200 plus graduates of the academy, one being the top 8 in their batch.

These are the six Cebuano graduates of the batch PNPA “Mandayug” class of 2020.

Inot, who serves as the spokesperson of the group, told CDN Digital that they wanted to inspire aspiring police officers with their story.

“We decided to become police officers because of one goal — we want to serve and protect our people our country and God. We are strong enough to face the crisis that we are experiencing right now most especially about the pandemic COVID-19. It is our duty to promote peace and order in the community that is why we wanted to become an officer,” said Inot.

The group also recalled the year 2016 when they were mere strangers to each other who were hoping to get into the academy.

“The hardest part of joining PNPA is that when we apply here we do it alone because we came from different regions, and we do not have any friends here in the academy. And we are sacrificing for almost 4 years of rigorous training here. Even (on) holidays, we cannot be with our family. It seems for 4 years they do not have any news about us because we are not allowed here to use any kind of communication unless you graduate from this prestigious academy,” he added.

The group of young men is still in the academy finishing their seminars and trainings before they will be given their assignments in the coming days.

(On June 6, we will be done with this and we will be allowed to report to out assignments, but if God will permit, we hope that we will be assigned here [Central Visayas, Cebu].)

8th placer of the batch

Among these six young men is the top 8 of the batch, Police Lieutenant Jose Leander Velasquez.

Velasquez, in a separate interview, told CDN Digital that becoming a police officer is not just a childhood dream but a legacy that he would want to continue in their family who are all working as police officers.

Velasquez said that it was such a dream come true for him not just to graduate with flying colors but to also give back to his parents and brother who believed in him from the start.

To these brave new young police officers from Cebu,  a salute to you sirs! /dbs