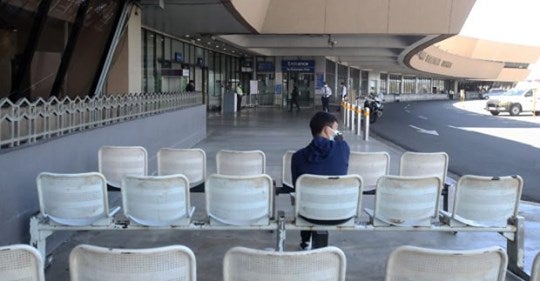 MANILA, Philippines — There are still no domestic flights this week, as the government has told the airlines to stay on the ground despite the loosening of coronavirus restrictions in Metro Manila and other parts of the country starting Monday.

Hours after the airlines announced the resumption of their operations on Saturday, the Civil Aeronautics Board (CAB) issued an advisory telling them that the Inter-Agency Task Force on Emerging Infectious Diseases, the temporary government body overseeing the Duterte administration’s response to the new coronavirus pandemic, had not yet approved local air travel routes for the first week of June.

“Consequently, airlines are hereby advised to cancel their flights [for] June 1, 2020, and to stop selling tickets for [that] date,” CAB Executive Director Carmelo Arcilla said in the advisory.

Philippine Airlines (PAL) announced on Saturday that it would resume its operations starting Monday after three months of suspension due to the coronavirus lockdown imposed on the country in mid-March.

Domestic services from Manila would resume on June 8, it said.

Cebu Pacific announced that it would resume domestic flights on Tuesday. Its international flights would remain suspended up to June 30, it said.

Metro Manila, Cagayan Valley, Central Luzon, Calabarzon, the provinces of Pangasinan and Albay and Davao City exit from strict quarantine measures beginning Monday. The government has allowed travel to resume between these places.

Read Next
DILG: Quarantine passes no longer needed by June 1 unless required by LGUs